Big Brother Africa will not be coming off this year due to inability of the organizers of the show, Africa Magic and Endemol’s to get sponsorship for the show. 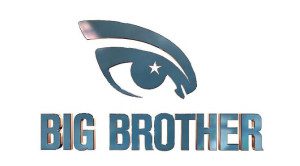 In an exclusive interview with Manager of Multi Choice Ghana, Anne Sackey, she confirmed to Razz Newspaper that they at Multi Choice Ghana have received notice from MNET that this year’s edition of Big Brother Africa will not come off.

She explained that MNET did not give them any reasons as to why they will not be doing the Big Brother this year, but then, she personally thinks it’s due to sponsorship constraints.

“They didn’t give us any reason though, but I think it’s mainly because of cash constraints as we all know the
show is very expensive to put up” she said.

Anne Sackey continued that since the organizers don’t have a constant annual headline sponsor (s) for the
show, it becomes difficult sometimes getting sponsors.

“They don’t have fix sponsors on the show. Every year the sponsor changes, sometimes it’s CocaCola, sometimes MTN and other companies from Ghana have sponsored before” she noted.

When interrogated further to give more details on whether this is a publicity stunt or not, she stated that MNET is a separate company and that they have their target and strategies so until they write to them, she can’t answer any more questions on their
behalf.

On record, last year around this time of the year in Ghana, Big Brother Africa’s audition had ended and early August, the organizers of the show had rejected the Ghanaian candidates selected to represent Ghana at the contest on reported grounds of Ebola and Visa acquisition issues.