Fisherman in court for wiping out his family. 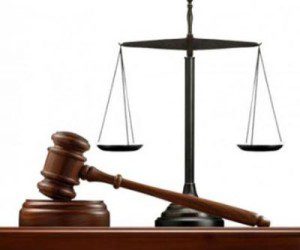 The Half Assini District Magistrate Court has remanded a 34-year old fishermen at Jaway Ewe Fishing Community, near Half Assini into police custody for two weeks for poisoning his ex-girl friend and four children to death.

The plea of Mawutor Hovor, the fisherman was not taken, and the court ordered him to re-appear on March 5.

Prosecuting, Police Sergeant Isaac Otoo, told the court presided over by Mr Abdu Majid Iliasu that Hovor and the ex-girl friend, Madam Ami Kugblenu who were former friends have separated for sometime now, giving way for the woman to get another man at the Community.

The prosecution said on February 16 this year, Hovor seems not to be satisfied with the separation with the woman entered her house during her absence in the morning and mixed her stew with some chemical whose name was given as “Rodenticide”.

He said in the afternoon when Madam Ami Kugblenu and the four children ate the stew with some gari, they complained of stomach upset and were rushed to the half Assini government hospital.

The prosecution said, the woman and four children died shortly on arrival at the hospital.

Their bodies have been deposited at the Mortuary of the same hospital for autopsy.

The prosecution said, when a search was conducted at the suspect’s house later during police investigations, three empty packets of Rodenticide Chemical and some liquid suspected to have been used to poison the food were found in his room.

Minister flee to the aid of muslim women and girls at works places and schools.

Kennedy Agyapong ordered to appear in Court for contempt