By : Mr
Comment: Off
Tag: Sex for grades, university of ghana

The Anti-sexual Harassment Committee of the University of Ghana says there is not enough evidence in the BBC video to back the sex for grades claims against two lecturers of the university.

According to the Chairperson of the Anti-sexual Harassment Committee of the university, Dr. Margaret Amoakohene although what was portrayed in the video constituted gross misconduct on the part of the lecturers, the evidence does not point to the allegation of sex for grades against them.

“Per the analysis on the video, there’s no direct correlation between lecturers’ conduct and the allegations made by the video. The evidence does not point to sex for grade. When we talk of sex for grade, we didn’t see much involvement of the lecturers of the University of Ghana,”Chairperson of the Anti-sexual Harassment Committee of the university, Dr. Margaret Amoakohene said in an interview on Accra-based radio station, Starr FM.

“Our VC wrote to the BBC for their evidence, they declined and asked that we wrote to their legal department and we will do that today. Whether the BBC agrees or not, what we saw in the video constitutes gross misconduct and so the two of them are subject of investigations and then we can establish their level of culpability,” she added.

She noted however that the two lecturers would be given the needed sanctions after a full investigation into the issue.

In the 53-minutes documentary, the lecturers, Prof Ransford Gyampo and Dr Paul Kwame Butakor are seen in compromising situations with undercover journalists who had posed as students of the University of Ghana.

Dr Butakor, who is a lecturer at the College of Education is seen in the video allegedly having inappropriate with the “student” by asking to be her “side boy”.

Prof Gyampo, who is also the Head of European Studies at the university, according to the BBC report allegedly proposed marriage to the “student” who was seeking academic favours.

Professor Gyampo allegedly persuaded the reporter to meet him at the mall where he was caught on camera making “numerous [alleged] inappropriate demands.” 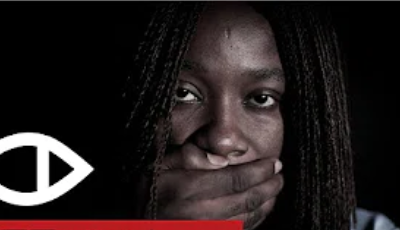 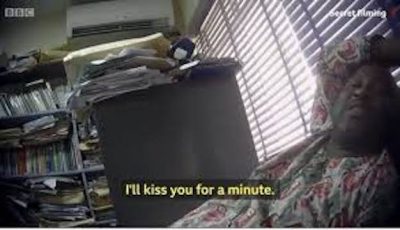