By : Mr
Comment: Off
Tag: Minister of Youth and Sports, Mustapha Ussif, no sponsored trips, Qatar 2022

The Minister of Youth and Sports, Mustapha Ussif has announced that in view of the current economic challenges, state resources would not be used to finance Ghanaian supporters to support the Black Stars at the FIFA World Cup “Qatar 2022”.

He said instead, the Ministry would be relying on corporate sponsors to finance some Ghanaian fans to support the Black Stars during their World Cup Campaign.

“In view of the current situation our country finds itself in, government has decided it won’t be financing supporters to the World Cup. As we have already announced, interested Ghanaians desiring to travel to Qatar for the World Cup can do it through Kenpong Travel and Tour, the official travel agency appointed by the Ministry,” the Minister said.

“The Ministry of Youth and Sports will, however, continue to appeal to corporate Ghana and the private sector, to support and finance some Ghanaian fans to provide symbolic support for the Black Stars”.

Mr Ussif said as an alternative measure, the Ministry would in collaboration with the Ghanaian Mission in Qatar, mobilise Ghanaians and other Africans based in Qatar to provide support for the Black Stars.

He added: “Irrespective of the challenges, wherever we are, and everywhere we go, let us rally behind the Black Stars in this World Cup Campaign, Qatar 2022 and give them our unflinching support to make another worthwhile history in their World Cup journey”.

The Minister made this known today in Accra during a ceremony which saw mining firm GoldFields donate $300,000 to support the Black Stars World Cup Campaign.

The Executive Vice President and Head of Gold Fields West Africa, Joshua Mortoti said the donation was further proof of his outfit’s commitment to the Black Stars
He was hopeful that the financial support would help the Black Stars make it past the group stages of the World Cup.

“We have sponsored the senior national football team over an eight-year period with a total of US$15 million. That is from 2005 to 2012. We believe this sponsorship led the Black Stars to their first World Cup appearance in 2006,” he said.

“We believe that sports is a tool for unity, development and growth. This is why we have constructed a 10,400-seat stadium at Tarkwa. This world-class stadium is almost completed and is being funded by the Gold Fields Ghana Foundation to the tune of US$16.2 million. We look forward to having the Black Stars play there when it is officially opened.

“We wish the Black Stars well at the world cup and believe they will make our nation proud”.

The Minister also commended GoldFields for its role as a longstanding partner and supporter of Ghana sports adding that its latest initiative to support the Black Stars was a further demonstration of their commitment.

He said the support was timely and would significantly boost the Black Stars’ preparations towards achieving “our target of going all the way in Qatar”.
“Goldfields’ contribution to sports development is well documented, and as we all know, this is not their first association with the Black Stars. They have on a number of occasions, supported the Black Stars on its journey to becoming one of the best national teams in the world,” he said

“As the Black Stars intensify preparations towards the FIFA World Cup, Qatar 2022, the timing of this latest partnership with Gold Fields could not have been better.

On his part, the Deputy Minister for Lands and Natural Resources and member of the Black Stars Fundraising Committee, Mireku Duker commended the MOYS for setting up a committee to raise funds for the national team.

He also appealed to other mining companies operating in the country to emulate the gesture of GoldFields.

Mr Duker was hopeful that the Black Stars would make it to the quarter-finals of the World Cup.

On his part, the Ghana Football Association President Kurt Okraku expressed gratitude to GoldFields for the gesture. He also urged pressmen and all Ghanaians to support the Black Stars World Cup Campaign.

Nana Agradaa still in custody after not meeting bail conditions 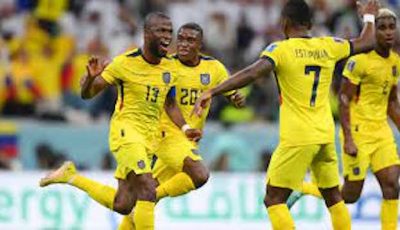 World Cup 2022: Ecuador gets off to winning start against host Qatar in 2-0 victory 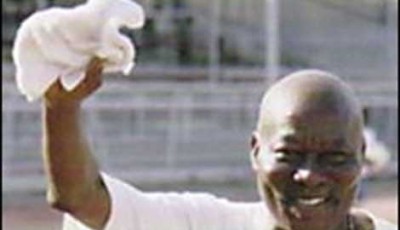