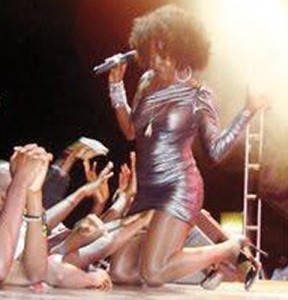 Ugandan singer, Iryn Namubiru has sent social media buzzing for some days now for a feat many have said should definitely make its way into the Guinness Book of Records.

The songstress gave a new definition to entertainment when she decided to thrill her fans to the fullest by allowing them to have a go at her private part, while performing on stage in the United States some days ago.

Pictures of the very intriguing incident went viral on several social media sites and blogs with many readers condemning the action by the sexy musician.

The singer, born Irene Namubiru, according to reports, midway through her performance bent down very close to her elated fans who advantageously did not spare a second to dip their hands into her private part.

Iryn Namubiru, who was wearing skimpy dress, did not bother to escape from the several fingers that were busy massaging her private part.

Foods that are good for sexual health