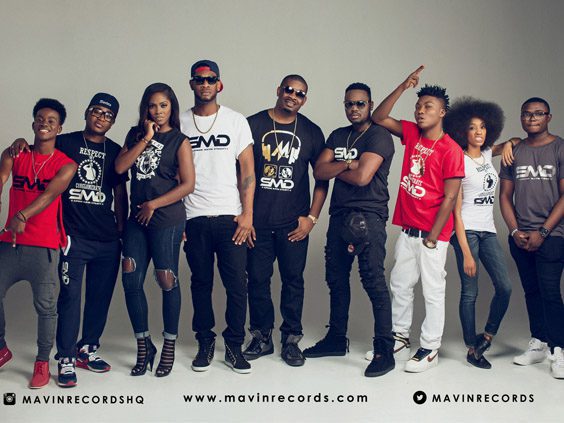 One of the many questions asked on the just ended 2015VGMA is why the doro team didnt show themselves in Ghana.

Well, i think Don Jazzy, CEO of The Mavis Records just gave us a clue.

Somewhere last week, before the Vodafone Ghana Music Awards was held at the Accra International Conference Center, two nominees under the African Artiste Of The Year category were spotted in Accra.

These two nominees all from Nigeria – Yemi Alade and Patoranking came to Ghana days before the main event took place.

However, the DORO clan, also from Nigeria were no where to be found before and on the day of VGMA.

Thing is, the Mavins werent the only nominees missing. A.K.A from South Africa and Diamond from Tanzania were not present as well but the quick question was, why are these Nigerians, Yemi Alade and Patoranking in town while Don Jazzy and his crew are not.

A fan by name Frank Onyebo asked Don Jazzy on Twitter why he was absent at the awards, Don Jazzy was blunt and straight to the point – he said the organisers couldn’t fly his entire team of 10 members to Ghana.

Followed by another tweet, Don Jazzy said the election is also another factor.

Patoranking won the African Artiste Of The Year award