GNA – Oboaman Bofotia Boamposem II, the ‘Kurontirehene’ of Sunyani Traditional Area has appealed to the Police to speed up investigations and prosecute a young man who allegedly entered his private residence unlawfully.

Desmond Adusei, the suspect was found in the private residence of the Chief in the early hours of Friday, November 8, 2019 and was arrested and subsequently granted self-recognizance bail.

Oboaman Boamposem II made the appeal in an interview with the Ghana News Agency (GNA) on Monday in Sunyani and implored the Police to speed up the process of investigation into the case.

He alleged criminal activities were becoming rampant, hence the need for the Police to be proactive and take decisive action to bring the situation under control.

“Since the suspect was granted bail, Police investigations have slowed down,” he claimed.

Oboaman Boamposem II stated that suspected criminals, when arrested must be quickly investigated, prosecuted and sentenced accordingly if found guilty on grounds of criminality, to serve as deterrent to like-minded others.

That would help to maintain public trust and confidence in the Police and the Judicial system, he said, adding that, significantly it would also control unacceptable instant justices that the general public sometimes meted out on suspects.

Oboaman Boamposem II said he and his immediate family had received threats on their lives from some young people, hence the need for the Police to prosecute the suspect.

“In fact my life is in danger and my family is living in extreme fear,” he added.

When contacted Police investigator Nicholas Aformanor of the Sunyani District Criminal Investigations Department (CID) told the GNA his outfit was in the process of finalizing investigation and the suspect would be arraigned.

Division One Referee Attacked by Fans in Sunyani [Video Inside] 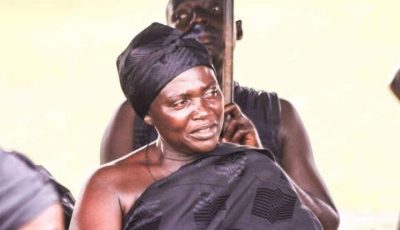