Thousands of people have gathered in the Ukrainian capital, Kiev, intensifying pressure on the government after it refused to sign a deal on closer ties with the European Union.

The protests – now in their third week – come a day after talks between President Viktor Yanukovych and his Russian counterpart Vladimir Putin.

Mr Yanukovych has said he shelved the EU deal after Russian opposition.

Mr Putin has been urging Ukraine to join a Russian customs union.

Both sides denied that the issue of Kiev joining the customs union with Russia, Belarus and Kazakhstan came up during the Putin-Yanukovych meeting in Sochi, in southern Russia.

Correspondents had earlier speculated that an agreement on Ukraine joining the customs union might be reached in return for reduced energy prices.

The two neighbours have also been trying to resolve a long-running dispute over energy supplies.

Ukraine depends on imports of Russian gas, but the supplier, Gazprom, has recently complained that Kiev had fallen behind in payments.

Disputes over supplies to Ukraine before 2009 saw Gazprom temporarily cutting off supplies. 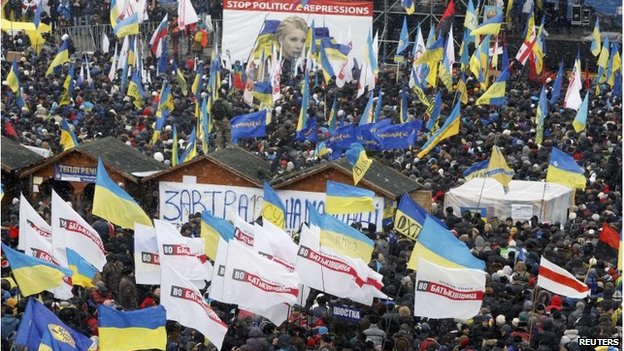 The protests are now in their third week 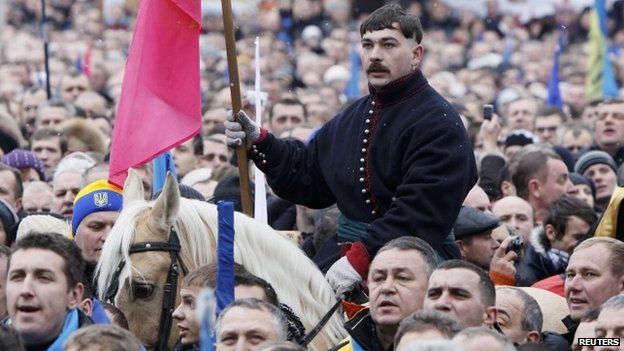 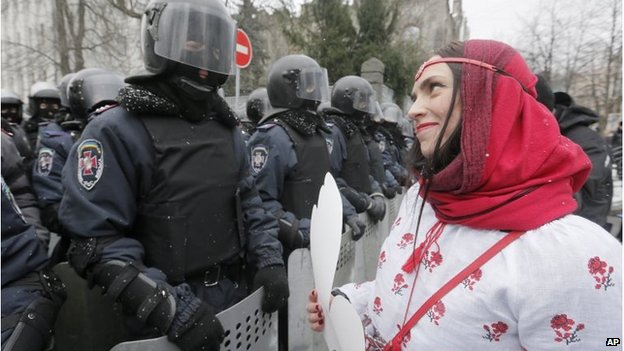 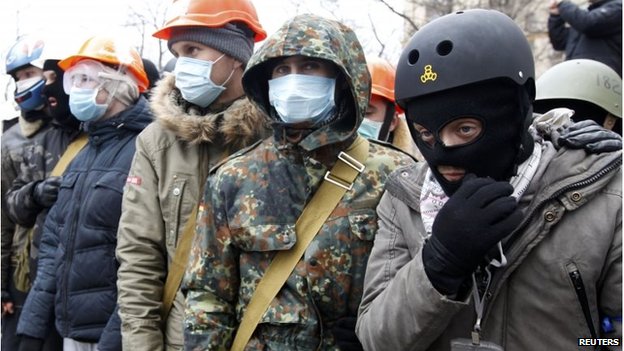 “Any signature to a deal on forming a new Soviet Union means the breakup of the country,” said Arseniy Yatsenyuk, a prominent opposition member.

Ukrainian opposition leaders say close to half a million people are on the streets of Kiev – police say far fewer are attending.

Waving EU and Ukrainian flags, they have congregated on Kiev’s Independence Square – the scene of previous clashes with police.

Ukraine’s special police, Berkut, has been widely condemned for beating protesters in the square – known as Maidan.

The opposition party of jailed former Prime Minister Yulia Tymoshenko has urged people to “chase” the president “until he falls”.

“If Yanukovych stays in power, we will end up like Belarus,” Reuters news agency quotes a student, Sasha Trojan, as saying. Mr Trojan had come to Kiev from Poltava, about 300km (200 miles) away.

The protests are the largest since the pro-democracy Orange Revolution in 2004.

Protest leaders have set out three conditions for any negotiations with President Yanukovych: the resignation of his government, the release of protesters arrested during clashes in Kiev and the punishment of those responsible for beating demonstrators. 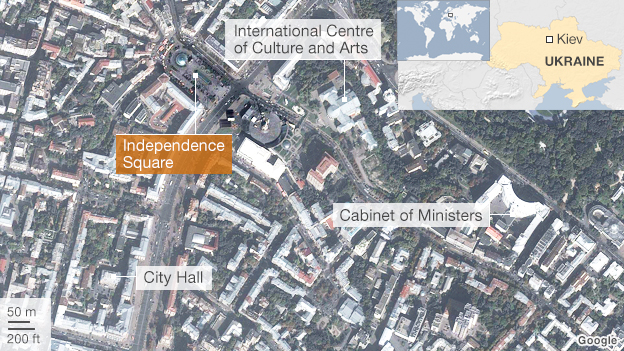