The Bank of Ghana (BoG) says the forced takeover of UT Bank and Capital Bank on Monday morning is an action of last resort after the fortunes of the two banks continually deteriorated despite being on life support for two years, reports Maxwell Adombilla Akalaare.

The two banks had been on life support since 2015 and the BoG had been giving them money hoping that their condition would have improved but it didn’t.

At a press conference Monday morning, the BoG said within the two-year period, the two banks were asked to bring strategies to use to improve their condition and they brought several of them but none was credible.

At a point, the BoG said it considered a bailout but felt it would be expensive and didn’t want a situation where after a bailout the BoG would have been forced to manage the banks.

Subsequently, forceful takeover was the last resort after the other measures had been considered.

The BoG explained at the press conference that the GCB Bank is taking over only the good assets and that the bad assets will be given to the receiver, PricewaterhouseCoopers (PwC).

The development is in line Section 123 of the new Banking Act, which states that when a bank is in distress, the Bank of Ghana revokes their license, appoints a receiver and then look for a buyer.

This means that their licenses have been revoked and they cannot operate again.

Consequently, PricewaterhouseCoopers (PwC) has been appointed as the receiver and the GCB Bank has acquired it.

By this development, the two banks would be sealed off for four hours for the new acquirer to take over and re-open.

This means that the branches of the two banks will re-open at 1pm on Monday August 14, 2017 and the customers will now become GCB Bank customers.

Meanwhile the BoG has hinted of a forensic audit into UT Bank and Capital Bank operations.

Meanwhile the rebranding of UT Bank has started a few hours after the forceful takeover was announced.

At the headquarters of UT bank at Airport, the bank’s logo on the building has been replaced with that of GCB bank.

The bank flag hoisted at the premises of the head office has also been replaced with that of GCB bank.

Below is a copy of the press release from the BoG

The Bank of Ghana has approved a Purchase and Assumption transaction with GCB Bank Ltd that transfers all deposits and selected assets of UT Bank Ltd and Capital Bank Ltd to GCB Bank Ltd.

The Bank of Ghana has revoked the Licences of UT Bank Ltd and Capital Bank Ltd. This action has become necessary due to severe impairment of their capital.

The remaining assets and liabilities will be realised and settled respectively through a receivership process to be undertaken by Messers Vish Ashiagbor and Eric Nana Nipah of PricewaterhouseCoopers (PwC).

The main offices and branches of UT Bank and Capital Bank will be under the control of GCB bank and will be opened at 1pm today for normal business transactions.

Customers of UT Bank and Capital Bank are now customers of GCB bank. All deposit customers will continue to have access to their funds. UT Bank and Capital Bank branches and ATMs will continue to operate as normal as GCB bank branches and ATMs. All staff in the interim will become staff of GCB bank and GCB Bank will negotiate the terms of their contract.

GCB was selected amongst 3 others on the basis of purchase price, cost of funding, branches to be retained, staff to be employed and impact on the acquiring bank’s capital adequacy ratio.

The Bank of Ghana assures the public that all customers can continue normal banking business at all UT Bank and Capital Bank facilities which are now branches of GCB bank.

The approval by the Bank of Ghana of this transaction is to strengthen Ghana’s banking sector, ensure financial stability and protect depositors’ funds.

The Bank of Ghana reassures customers of UT Bank and Capital Bank that their money is safe and they can continue to do business at their respective branches which are now the branches of GCB Bank. 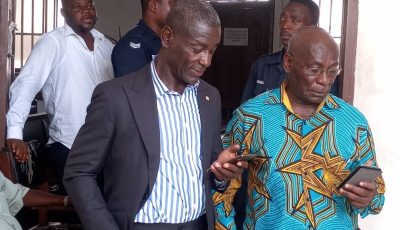 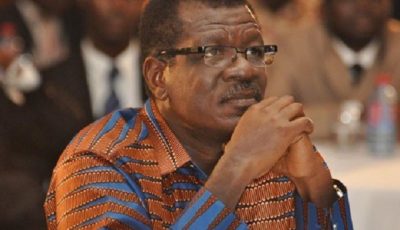