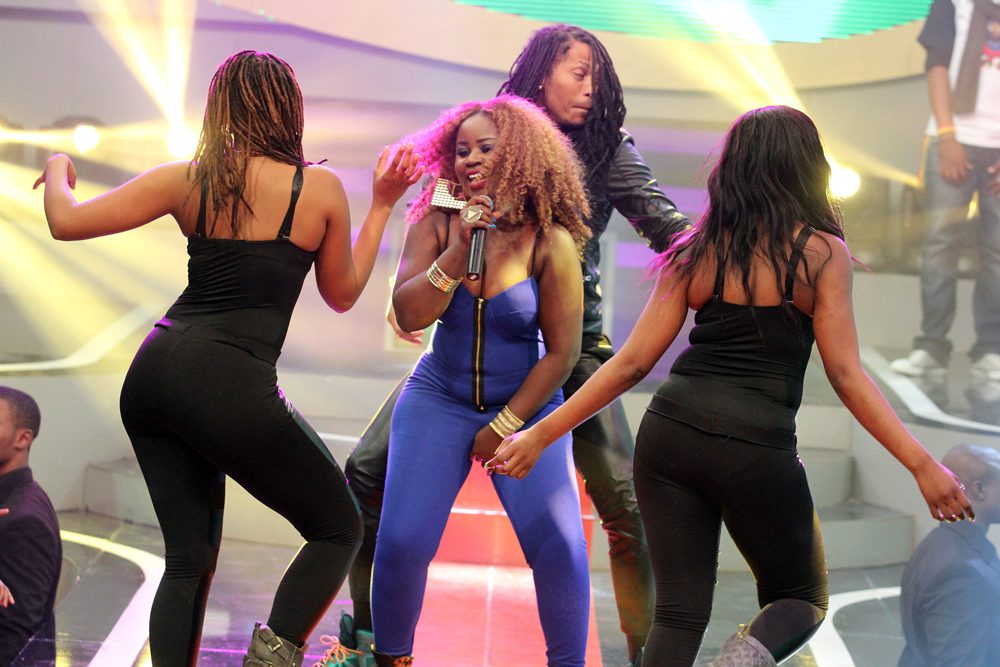 When Kaakie hopped on stage to join Samini on stage, he just couldn’t take his eyes off that heavily endowed figure of hers. We’re sure Samini hadn’t seen her, before she actually hit the stage, and his reaction was to catch her up on stage, any chance he got, and grind the juicy looking hottie.

Due to how thirsty Samini was acting, she couldn’t even concentrate and sing lyrics of her song, as she also had to satisfy one of Ghana’s dancehall champions, serving him with some booty.

Don’t Compare Me To Anyone; I Remain The Best”- Kaakie .

What Next, My Dear Kaakie After The Sex?