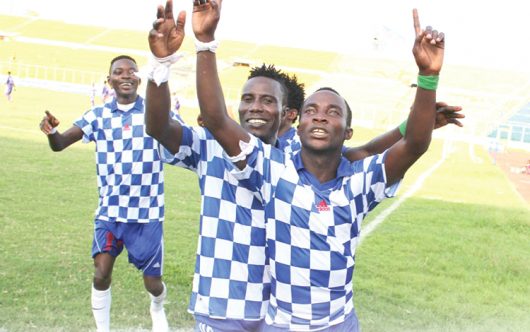 With three veteran players in their fold; Richard Kingston, Godwin Attram and defender Dan Quaye, the “Dade Boys” took a two goal lead in the first half through Francis Attuquaye Okai and Dotse Agbashie.

Attuquaye Okai, benefited from a defensive lapse in the 19th minute, to record the first goal.

Dotse, was also on hand to give Olympics the second goal in the 27th minute when a well-executed corner kick offered him the opportunity to put his name on the score sheet.

Olympics returned to seal victory 17 minutes into the second half by scoring the third goal.

Attuwuaye Okai, provided the third and last goal for his side in 62d minute to put the winners in firm control.

Olympics made efforts to increase the tally but Attram and Attuquaye Okai squandered some begging chances, whilst Kotoko were unable to break through the defence of Olympics.