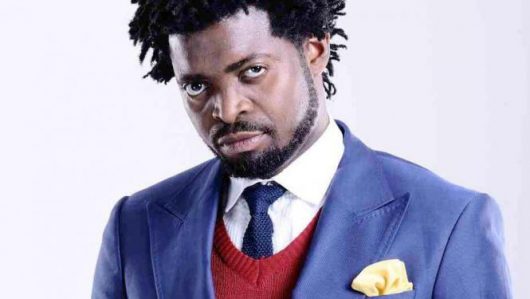 Many have applauded organizers of “The Lords of the Ribs” comedy show that came off at the Accra International Conference Centre last Saturday for a spectacular show.

However, one incident that has got people talking is Nigerian comedian Basket Mouth’s interruption of Ghanaian music legend Pat Thomas’ performance.

According to media reports, Basket Mouth interrupted Pat Thomas’ performance and sacked him off stage saying it was his time to perform. While some have said it might be part of the comedian’s act, others have described the act as distasteful. This is because they suspect it never was a part of the act.

Master of Ceremony (MC) for the night, Yaw Sakyi in an exclusive interview with Abrantepa on Radio Univers’ mid-morning show, Brunch2Lunch has said Basket Mouth’s action was not part of the script. According to him, the comedian was not to be introduced; neither was he supposed to interrupt and sack the music legend from the stage.

“Basket Mouth per the script was not supposed to be introduced. The original plan was that after Pat Thomas’ performance, the lights will go off or dimmed and then he walks on stage”, he noted.

He revealed that Basket Mouth kept on mounting pressure on the organizers to let him perform because time was far spent.

“The program was supposed to start at eight but we started at nine. While the show was ongoing, Basket Mouth came backstage pushing organizers to hurry up because he will be going to church tomorrow… people will leave before he comes on stage to perform. When Pat Thomas was wrapping up, the lights didn’t go off and then he [Basket Mouth] jumped onto the stage. For the first five minutes, people were not responding to his jokes because the act looked a bit awkward and uncomfortable”, he said.