Boxing League is coming back – Zwennes 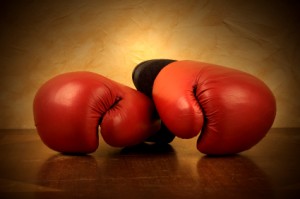 The President of the Ghana Boxing Authority, Lawyer Peter Zwennes has revealed his outfit’s plans to bring back the exciting National Boxing League this year. “We are trying to reintroduce what we call the Boxing League. If introduced, it will be very helpful because with that it gives all the boxers – both amateurs and professionals in the various gyms the opportunity to come on stage and be exhibited and show their skills. Hopefully in the month of January 2014, we should be able to restart the boxing league under another name though, not Mortein. You know we used to have a Mortein League, which was abandoned and fell into abeyance some years back,” Lawyer Zwennes said.

The GBA is holding talks with Metro TV, GTV and Supersport to broadcast the league according to Mr. Zwennes. The Boxing League, formerly sponsored by Mortein, has been off the sporting calendar since 2005, depriving many local boxers of the needed competition.

There are so many boxing clubs in Accra and other parts of the nation looking forward for the league. Coach Swizz of Sonia Gym said it is a good idea to keep boxers in shape, Ofori Asare the national coach expressed that it is an opportunity to see the young boxers whilst coach George of Black Panters noted that the league will let them work and it is good because they will receive remuneration to keep them alive as most boxers find it ver hard to make ends meet.

Ayittey Powers ‘chickens’ out of April 18 bout with Bukom Banku