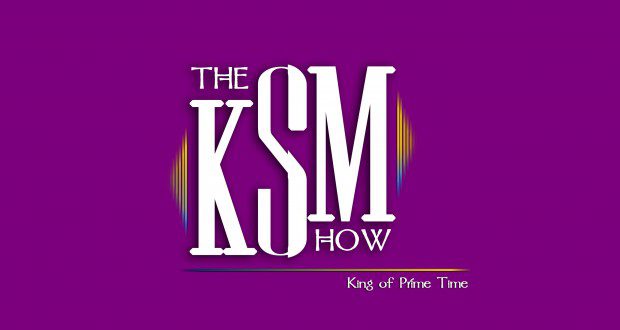 This Friday’s episode of The KSM Show promises to be yet another very exciting programme as one of  Ghana’s most dynamic and relevant radio stations, 97.3 Citi FM, makes an appearance on the prime-time show.

The Accra based radio station burst onto the media scene 10 years ago as an underdog and has risen to become a major player in the industry under the leadership of Samual Attah-Mensah. The Citi FM boss will be on the show to talk about the philosophy underpinning the stations’ staggering success over the years.

Also on the show is the team that holds our mornings captive with their exciting, unique and opinionated Citi Breakfast Show, the city’s biggest conversation.

The gang of  5 CITIzens –  led by the purposeful and intelligent Bernard Avle,  and made up of hard-balling Richard Dela Sky, no-nonsense Nana Ama Agyemang Asante,  sports guru Godfred Akoto Boafo and  Johny-come-lately Kojo Akoto Boateng – will sit down with KSM to reveal what makes the show tick!

Of course the episode would not be complete without our regular culprits,  The Three Wisemen,  Dzimtiri and Queeny, who will all keep you laughing throughout the show.

So tune in to Metro TV this Friday at 8:30pm for yet another great episode of  The KSM Show, Citi Style…….Chaley!

PHOTOS: How Chris Attoh Proposed To Damilola On A Yacht.