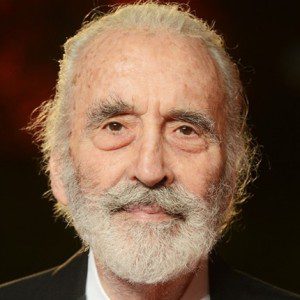 But the British star chose to mark the occasion in a very different way than most people his age.

The studio set, which was released on Monday (May 26th) and can be downloaded from all digital stores, contains a seven-track list based on the fictional character Don Quixote, as it includes several tracks from the musical ‘Man of La Mancha.’

While recording the album, he acquired the help of Italian heavy metal band Rhapsody of Fire.

When speaking about the release of his new set, the ‘Lord of the Rings’ actor said: “As far as I am concerned, Don Quixote is the most metal fictional character that I know. Single-handed, he is trying to change the world, regardless of any personal consequences. It is a wonderful character to sing.”

Lee uploaded a 7-minute long video to YouTube to explain the reason for picking these individual songs, which includes ‘The Impossible Dream’ because in his “opinion, it is one of the greatest songs ever written.”

“My Way is a very remarkable song,” Lee added. “It is also difficult to sing because you’ve got to convince people that what you’re singing about is the truth.”

As well as forging a remarkable career in the film industry, over the years the ‘Dracula’ actor has dabbled with music on several occasions. His 2010 album ‘Charlemagne: By the Sword and the Cross” won a Spirit of Metal Award from Metal Hammer magazine.

Last Christmas, aged 91, he also became the oldest living person ever to earn a spot in the billboard music charts with the metal Christmas Carol “Jingle Hel,” which charted at No.18.

WatsUp TV will be connecting Africa

Don Husky inspires upcoming artists with ‘On And On’