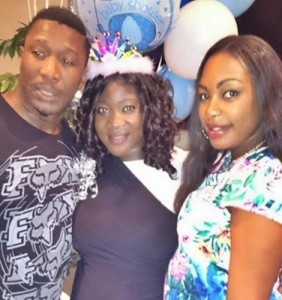 Nuella got married to Tchidi Chikere some months ago after several rumours that they were dating. The pregnant actress was spotted together with her husband.Controversial Nollywood Actress Nuella Pregnant (PHOTO)