By : supportanapuafm
Comment: Off
Tag: george clooney, set to marry in venice

Celebrities, paparazzi and the world’s media are congregating in Venice for the widely anticipated wedding weekend of a man long considered Hollywood’s most eligible bachelor: George Clooney.

The actor and his fiancee, British human rights attorney Amal Alamuddin, were photographed Friday cruising the sun-dappled canals of Venice ahead of their big day.

Clooney, 53, and Alamuddin, 36, looked happy and impeccably glamorous as they were carried around the city in a motor boat appropriately named “Amore,” or “Love,” passing bemused tourists in gondolas as they went.

The bride-to-be was dressed in a stylish black and white dress, while Clooney wore a sharply tailored gray suit and white shirt with dark sunglasses.

It’s not been confirmed exactly how the wedding weekend will play out.

But a notice from the city authorities said that because of George Clooney’s marriage the city hall area will be closed on Monday from 12 p.m to 2 p.m. local or later if necessary — presumably for a civil ceremony.

Clooney revealed earlier this month at a celebrity charity event in Tuscany, Italy, that he and Alamuddin would be tying the knot in Venice.

According to People magazine, Clooney was receiving a humanitarian award at the black-tie gala, and said during his acceptance speech, “I met my lovely bride-to-be here in Italy, whom I will be marrying, in a couple of weeks, in Venice, of all places.”

The venue for a reception on Saturday is rumored to be the Aman Canal Grande hotel, a luxuriously appointed palazzo, at which the guests can arrive by water taxi, hopefully unbothered by the watching media.

Plenty of paparazzi, cameramen and photographers were on the docks facing the hotel, where the bride-to-be was presumed to be, as of Saturday morning. Others were going up and down the Grand Canal on taxi boats.

Workers were also putting up what seemed to be tents to protect the privacy of the hotel’s guests.

The nuptials of Clooney and Alamuddin come hot on the heels of the long-awaited marriage of Brad Pitt and Angelina Jolie last month.

The Hollywood power couple went for a low-key ceremony at their estate in France, in which each of their six children had a part to play.

Clooney and Alamuddin seem set to make more of a public splash with their event, although since they became engaged in the spring, they’ve been largely protective of their relationship.

When a Daily Mail report claimed that Clooney and his Lebanese future mother-in-law Baria were at odds, Clooney blasted the publication with a first-person piece in USA Today, and then refused to accept the Daily Mail’s subsequent apology.

Segun Arinze Shares His Opinion About Actors Going Into Politics.

‘Why I hid my family in Canada- Nigerian comedian, Okey Bakassi. 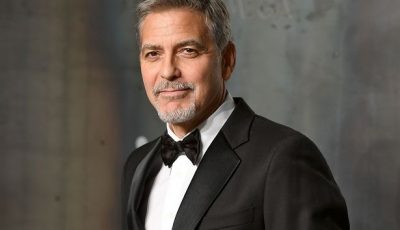 George Clooney once gave 14 of his friends $1 million each 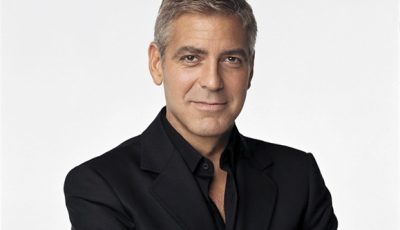 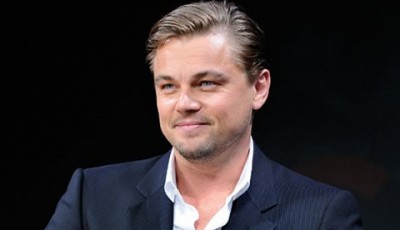 Who will inherit Clooney’s title of Hollywood’s most eligible bachelor?.