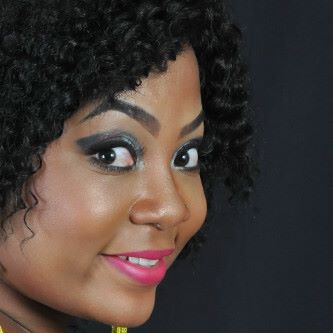 Actress Vicky Zugah has been robbed at Asylum down in Accra by a young man whose name is given as Derrick Amoabeng, a son of a Police woman.

Narrating the incident to source, Vicky Zugah said she is shooting a soap opera for DSTV Channel 151 called ‘Star Witness.’ Due to dumsor (incessant power supply), the production relies on generator set and at a point in shooting a kitchen scene, the generator was interrupted so the sound was affected. They then had to record the sound in a studio at Asylum Down in Accra.

According to the Actress, “Abeiku Sagoe called me to go and record my part of the dialogue in the studio. He was in a meeting when I got there so I had parked in front of his house. At a point, I went inside to talk to his daughter and coincidentally when I got to the entrance of his house, he was also coming out and he was like we should just go to the studio.”

“So when we got outside, we saw some young men running down the street and he asked them what is going on and they told us that, someone has taken the side mirrors of my car so they were going to get him. And when I checked the side mirrors, they were all gone” Vicky Zugah told source.

The ‘Agatha’ star’s red Toyota Corolla S vehicle was the one whose side mirrors was robbed. The case is with the Adabraka Police station.

I Had To Change My Style — Nana Akua.

Are They Dating? Pappy Kojo And Yvonne Nelson.