How Is Ghana Preparing For Morocco 2015?

By : supportanapuafm
Comment: Off
Tag: is ghanaian footballers preparing for morocco 2015 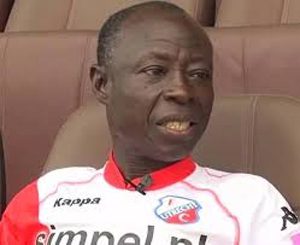 The GFA technical director, Francis Oti Akenten, wants an end to the debate on the Black Stars’ disappointing World Cup campaign, and wants attention to be turned to the January, 2015 Africa Cup of Nations in Morocco.

The qualifiers for the tournament will begin this September.

Ghana has failed to win the Nations Cup since 1982. As a result, lifting the trophy for the fifth time next year will placate the fans for the rather abysmal performance of the Stars in Brazil.

Akenten is urging all and sundry to forget matters relating to the World Cup and look forward to a successful AFCON.

“We will have to start thinking about Morocco which is just around  the corner,” he told GHANASoccernet.com.

The Black Stars have failed to go beyond the semi-final stage of the last four editions of the Africa Cup of Nations.