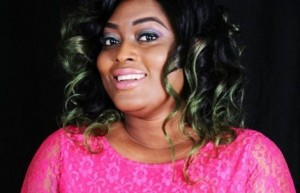 Each actor has a unique style of handling  sex roles and it is not surprising that American actress Jennifer Lawrence once confessed  she got “drunk” before her sex scene with Chris Pratt for the famous movie, ‘Passengers.’

“I don’t prepare for my sex roles. I act it just like doing any other role because it’s not real. It is just an act; I can only be prepared with my man,” she revealed when she spoke extensively about acting career in Kumasi movies.

Below is the full interview with Abena Ghana:

How did you get involved in acting?

I fell in love with acting when I was young and after secondary I went for Nana Ama McBrown’s audition and I was picked and that was how my acting career started.

How long have you been an actress? From where did you start?

I started in 2008 but stopped in 2010 because of some personal reasons and started in 2014 again and God has been so good to me.

In how many movies have you performed so far?

I have lost count but more than 40.

What are some of those movies?

Are you working on any current projects?

Yes, I have started my charity projects; and I did my short videos titled ‘Abena Ghana’. I’m now working on my new TV series.

What kind of roles have you performed throughout your career? Are you satisfied with them?

I have played lead roles, supporting roles, minor roles too but I love every role I get even if a scene because it’s the performance that tells, and the love for the job.

Have you done theatre performance before?

Yes, I have done theatre arts before; that was at NAFTI, where I did a final year project for one director called Richard.

Tell me about an area in which you would like to improve as an actress?

I will love to take up roles that will teach women how to cater for their kids because I love kids and orphans. But I do every role given to me with all my heart because of the love I have for my career.

Which of the characters or roles you’ve played so far is your favourite?

My favourite character: I love emotional roles—shed tears, Omg! It [relates] more to my life and I do better.

What have you learned from the directors and senior actors you have worked with throughout your career?

Dedication and focus.  With the actors, I learned a lot such as how to be me, communicate wisely with people and also self respect.

From where did you learn acting?

I have never learned acting. I just had a little teaching from the group I started with but I believe in talent and with God’s grace and protection, here I am. It is God.

Do you think that you have matured as an actress?

Yes I have matured enough to be on any platform. I have all it takes to carry a film on my shoulders and I’m well prepared to do every role and script given me.

What has been your biggest achievement in the field of acting?

My biggest achievement in the industry is being able to give back to the society through my Konamah’s Charity Project that I dreamt about when I was a child and now it has happened in reality.

Mention any special recognition or award that you have received for your acting skills?

I have been nominated for a number of awards but I have not won any. However, I had an honorary award from Bombiso Production in B/A. I was honoured for my charity activities in society and it was presented to me by Asiedu Nketia because he was honoured too—and other dignitaries from B/A.

What is the hardest part of being famous?

Hmmm! The hardest part of being famous is when you can’t do the things you used to do anymore. It sucks but no option than to get used to it.

Give me a few tips to be a successful actor?

Humility, obedience, dedication and the fear of God.

How do you prepare for your sex roles?

Hahaha! Interesting! I don’t prepare for my sex roles. I act it just like doing any other role because it’s not real, just an act. I can only be prepared with my man.

Where do you come from?

How old are you?

What else do you do if not acting?

I watch movies to learn, listen to music and write scripts. My new script is out for ‘Abena Ghana’ skits.

‘Gifty Osei Is A Hypocrite’ 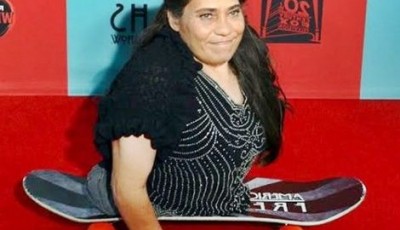 Actress With A Half Body Rose Siggins Dead (Photo).

Jennifer Lawrence, Miley Cyrus, and Justin Bieber Make It Onto Forbes’ List of 30 Under 30