I Once Sold ‘Iced Water’ To Survive – Nikki Samonas.

Actress Nikki Samonas, who is of Greek and Ghanaian parentage, has revealed that she once survived on selling ‘iced water’ on the streets.

Speaking with MzGee on the Feminine Friday edition of the ‘Day Break Hitz’ show on Hitz FM, the actress explained that she had to hustle after the death of her father.

“I once sold iced water, yeah I did, I sold water in Tema,” she said.

According to the actress, some people erroneously believe that all half-castes are born with silver spoons in their mouths.

Contrary to that perception, she said while growing up, she had to work hard in order to get food to eat and build a future for herself.

Nikki Samonas, born Nikoletta Samonas, explained that life would have been much easier if her father was alive.

“My father was one of the richest men in Greece so I believe if he were to be alive things would have been easier,” she explained.

According to Nikki, her “dad was a captain with three vessels. He was working on the west coast during the Monrovia war. He was poisoned.

“Because I didn’t have that fatherly love, I always want to have someone who will be there for me all the time, show me all the care.”

Wisa’s Manhood To Be Shown In Court. 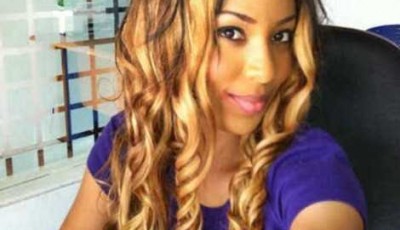