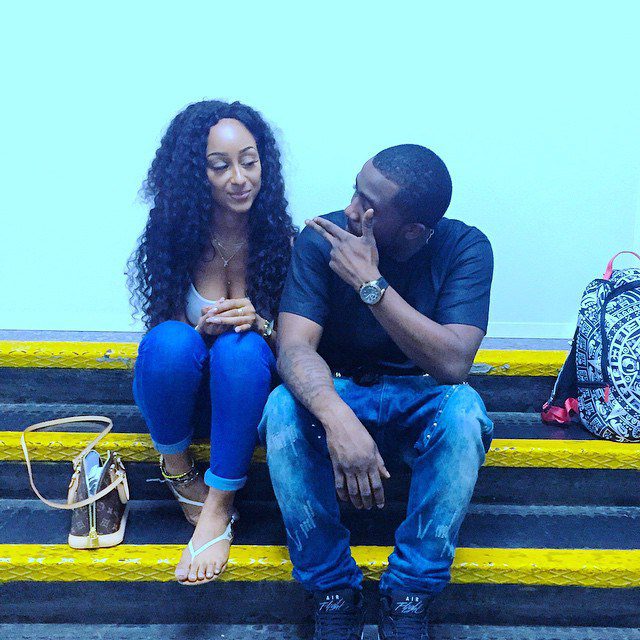 Things are going to get pretty messy if Ice Prince keeps saying his girlfriend, Maima didn’t cheat on him said one of Akinbode’s close friend who opened to tiwasblog on the “Maima cheating saga”. The friend who pleaded to be anonymous said he has seen photos of Maima and Akinbode in compromising positions.

Akinbode’s friend also went ahead and told us what he knew about Akinbode and Maima. Akinbods has been dating Maima for years, he goes to Ghana to see her and also flies her to Abuja, vacation trips to Paris and all even while Ice Prince thought he was dating her. Akin has also showed me video clips of Maima walking around their hotel room butt na ked and i have heard him mention he has a tape of them having sex.

Wait, there is a sex-tape?

Well, Akin is just waiting to see how far Ice Prince will go before he releases more revealing photos or maybe this time a video.

How does his wife feels about this?

His wife is aware that Akin is a serial cheat and they already have kids, i think they have an understanding about that… That isn’t non of my problem cause it hasn’t been a problem since they got married.

A lady called Esther Daniels has come forward with more information about Ice Prince’s girlfriend, Maima cheating on him. She is a friend of Akinbode who has publicly declared that he is also sleeping with Maima. But according to Esther’s report, Akinbode hit it first and has been Maima’s sponsor before she fell in love with Ice Prince so to say.

VIDEO From Sarkodie History In The Making concert at Apollo Theatre New York.