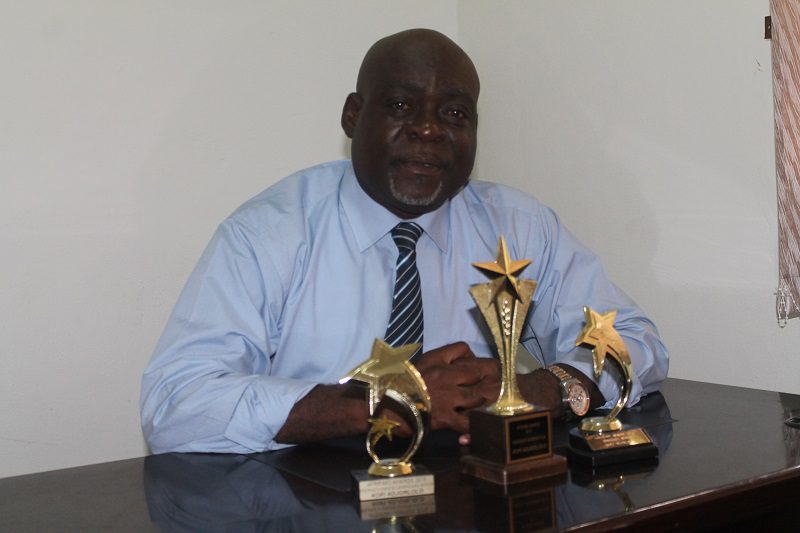 Speaking in an interview with Blagogee.com at his office in Accra, the veteran actor claimed he has contributed his quota to the development of the creative art industry.

“I have served the entertainment industry for 30 years and still doing what I love doing best,” he said.

Among some of the roles he had played in the industry, Mr. Adjorlolo mentioned included TV host, radio presenter, disc jockey (DJ) and among others.

The miser lead actor recalled becoming a professional actor was after he quitted his profession as a media man and ventured into acting which at that time was not paying.

He disclose that since becoming an actor he had won fifteen (15) awards both locally and internationally.

Awards from Film and Music Festival in Washington D.C U.S.A. BEFFTA in the United Kingdom were among some of his international honours.

I am single and I want a slim lady.