Kwaisey Pee Getting Married This 2016. 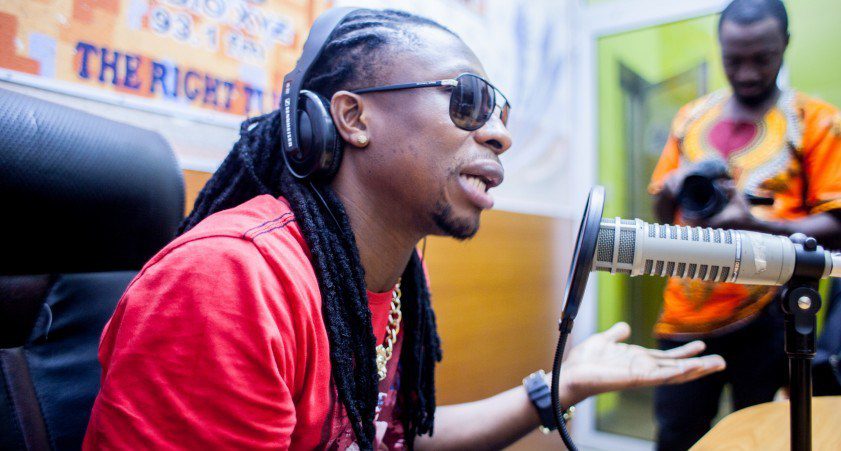 Contemporary high life singer and performer Akwasi Opoku aka Kwaisey Pee is set to tie the knot this year.

The musician who recently dropped a new single ‘Osugyani‘ in an interview with NY DJ on #RYSENSHYNE on Y102.5FM in Kumasi hinted he’s readying to head to the alter in holy matrimony.

Explaining the idea behind the new single ‘Osugyani’ which means bachelor or spinster, Kwaisey Pee revealed his own checks suggested there were so many single individuals including himself around therefore the need to record something for they could all relate.

He however reveals he hopes to marry this year.

“I realized there are too many single guys and ladies out there so it’s something for them for 2016. I want to hear a lot of wedding bells. Even myself, I am the first candidate. Hopefully I should get married this year.”

Does he mean it? Well, Kwaisey Pee says “hopefully”.

Born into a family noted for music, Kwaisey’s passion does not come as a surprise.

With legendary Agyeiku as father, Kwaisey Pee grew up with another Highlife great Rex Omar as a first cousin and Criss Waddle as a younger brother.

His life revolved round playing with various bands like Jewel’s Ackah’s Butterfly Six and Nana Tuffour’s Sikadwa Band, playing at gigs in different parts of the country.