Maame Felicia Hits Hard At Ofori Amponsah for His Return. 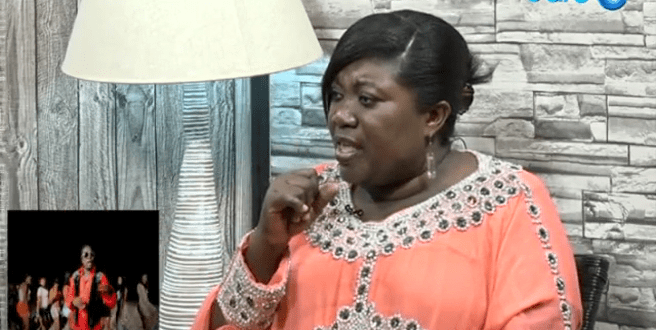 Ofori Amponsah’s sudden U-turn to Hi-Life music is still a shock to many. Several people have bashed him, while others have praised him for returning to Hi-Life Music.

One Gosple Musician, Maame Felicia is currently one of such people to have bashed Ofori. Speaking on YESE YESEE, a hot gossip discussion show on Care Tv, she mentioned that, Ofori’s return to Hi-Life Music is because of the women.She posited that, Ofori knew wouldn’t be able to dance with the women and get to fondle them in his Gospel Music, and for someone who has a history of having lots of women around him, he couldn’t forget about the pleasures he had from his past life. She further stretched that, Ofori Amponsah’s last music video he made before leaving HiLife to become an Evangelist was evident to her claim.Now, incase you didn’t know, that video was never played on Tv and even never made it online, because Ofori begged producers not to release it, but now, we can look at the last video Ofori made before he changed his mind to go church ministry.In the video, we can count more than 15 girls in it and that’s how Ofori likes things to be done. The host also added Ofori Amponsah was “osofo laloque” and that Ofori left with Asala and has come back with Alewa.

We All Have Sexual Baggage

Ofori Amponsah Has Not Committed Suicide.