Sir Alex Ferguson returned to the dugout and Ole Gunnar Solskjaer was back on the scoresheet as Manchester United beat Bayern Munich 5-0 in their 1999 Treble reunion game at Old Trafford.

It was the first time Ferguson, 77, had managed a United team since his retirement in 2013.

He sat with ex-England boss Steve McClaren, his assistant 20 years ago and they were joined by a substituted Solskjaer, the current United boss.

Famously, it was Solskjaer’s injury-time goal in Barcelona that sealed what remains the only Treble of Premier League, FA Cup and Champions League by an English club.

The reunion match, in aid of the Manchester United Foundation, was the first time Ferguson had been on the pitch since undergoing major surgery after suffering a brain haemorrhage last May.

And it was Solskjaer, on as substitute for Andy Cole – who was replaced after making a symbolic appearance just over two years after a kidney transplant – who scored a fourth-minute opener after Dwight Yorke and Jesper Blomqvist had combined to give him a tap-in.

As the latest man charged with trying to engineer a return to the glory days he was such an integral part in, the Norweigian’s efforts were greeted with enthusiasm by a crowd in excess of 60,000.

Popular as he is, the reception for Solskjaer was eclipsed by the one afforded to David Beckham.

The former England skipper, 44, sold to Real Madrid in 2003 after a fall-out with Ferguson, got a standing ovation every time he went to take a corner.

Indeed, some observers suggested his delivery from wide areas was on a par with anything United have had since his successor in the number seven shirt, Cristiano Ronaldo, left in 2009.

The game was played at a gentle pace but it would be untrue to say there was no physical contact. At one point Jaap Stam knocked three Bayern players over in a 10-second cameo of hard-nosed defending.

And Scholes triggered a reaction from former Manchester City defender Martin Demechelis with a typically robust tackle that got more of the man than the ball.

But this was an occasion when both sets of players were largely content to show their footballing ability, with Yorke adding a second from Blomqvist’s cross before half-time.

Scholes had a goal disallowed after he played a one-two off an offside Gary Neville’s heel but fellow Class of 92 owner Nicky Butt made it three before Louis Saha scored.

It had to be Beckham who had the last word, though, skipping through the Bayern defence in the final minute before finishing high into the net to trigger the biggest cheer of the day and generous applause from his manager.

Dutch veteran Jaap Stam said after playing in the match that his former team-mate Ole Gunnar Solskjaer was the right man to take the club forward, despite having “hard decisions” to make after another disappointing season.

“Of course, the last couple of games didn’t go how he wanted but that’s normal when you step in late in the season. You can’t turn everything around in terms of winning every game because the competition within the league is very strong.”

After a sixth-place finish and a failure to win a trophy for a fourth season in six since Sir Alex retired in 2013, Stam feels some tough choices lie ahead concerning United’s established players.

“After how it’s been going over the last couple of seasons, I think it’s good to evaluate everything,” he added. “You have to make hard decisions.”

Club captain Antonio Valencia and midfielder Ander Herrera have already confirmed their Old Trafford departures and there is still no agreement over a new deal for Juan Mata, who is out of contract on 30 June.

Defenders Matteo Darmian and Marcos Rojo are other fringe players with uncertain futures, and doubts persist over some of United’s biggest names also, with Romelu Lukaku set to be a target for former Chelsea boss Antonio Conte when he takes over at Inter Milan.

Goalkeeper David de Gea is about to enter the final year of his deal, while Paul Pogba and Alexis Sanchez have been linked with moves to Real Madrid and Inter respectively.

“Looking at the players, what they have done and what they have achieved, you need to make your choices, even when players still have a contract for another three or four seasons,” Stam said.

United are willing to give Solskjaer the finances he needs to rebuild his squad, although one player who is unlikely to be heading to Old Trafford is Stam’s fellow central defender and countryman Matthijs de Ligt.

Despite intense speculation linking the Ajax captain with United in recent days, Old Trafford officials are convinced an agreement for the 19-year-old to join Barcelona was struck a number of weeks ago. 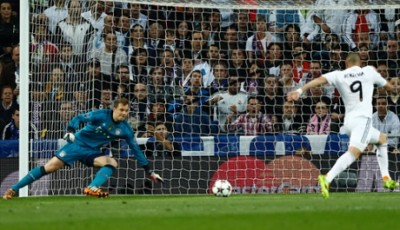 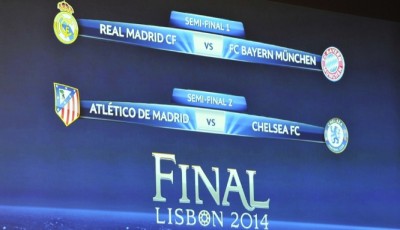