Midland Savings and Loans Company Limited has offered a house as compensation for Ms Patience Osafo, the woman who was assaulted by a police officer at the Shiashie branch banking hall last week.
In addition, the financial institution is said to have also offered cash on top of the house compensation in excess of Ghc100,000.

One of the lawyers, Samson Lardi Ayenini who disclosed this said they were excited about the compensation.

Mr Ayenini revealed this on Joy FM’s news analysis programme which his host on Saturdays.

“Why am I not allowed to agree with the infamous interdicted woman beater police officer’s claim to a criminal charge of assault, is it because I need the woman to seek justices.”

“Well to avoid a civil suit against Midland Savings, and in compensation for the punches, trauma and embarrassment we just closed a rather generous deal that removes her from the kiosk to owning a brand new house and from the streets, hawking toffee to a woman now with multiple bank accounts.”

“Yes her worries no longer include how to feed her family and provide healthcare for the two-month-old baby. Her GHc270 savings account now holds a six figures sum. Her dilemma is simply deciding what dignified trade to invest in. Patience is certainly over flowing with gratitude for an opportunity for a dignified life for herself and dependants,” he said.

Mr Anyenini however questioned why the police slapped their colleague with just a single charge saying, “the police may be accused of seeking to protect their own by proferring merely a misdemeanour charge of assault with an expectation, he might eventually be handed a small fine and bonded to be of good behaviour or in a worse case, he might get six to nine months instead of the full three-year sentence. The prosecution is clearly aware, this is not a mere assault, but assault with actual battery, they certainly know that this is aggravated and that Skalla should be facing multiple charge including the felony of causing harm with the potential of 10 years in jail.

Mr Ayenini made the revelation as part of his introduce [Sampson’s Take] for Saturday morning’s Newsfile programme.

Ms Patience Osafo was assaulted by the police officer, Amanor at the Shiashie branch of Midland Savings and Loans on Thursday, July 19, 2018.

There was public outrage on social media after the video of assault went viral. 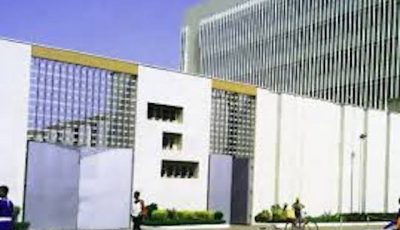 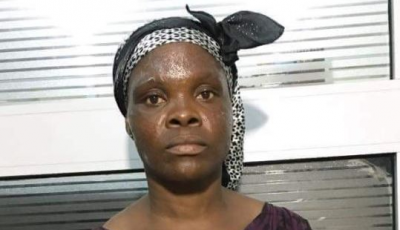