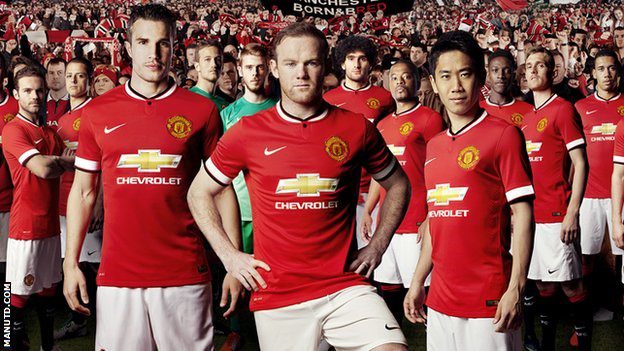 In a statement, the American sportswear company said “the terms that were on offer for a renewed contract did not represent good value for Nike’s shareholders”.

It is thought that either Germany’s Adidas or Warrior will replace them.

Manchester United did not qualify for this season’s Champions League for the first time in 19 years.

Nike first signed the deal with the club in 2002 and on Monday unveiled a new kit for the 2014-15 season. It will be the last one bearing the Nike logo.

“Any partnership with a club or federation has to be mutually beneficial and the terms that were on offer for a renewed contract did not represent good value for Nike’s shareholders.

“We look forward to a successful final season with the club.”

United’s existing deal with United States firm Nike is worth £24m a year. As part of that agreement they were given a period of exclusivity to negotiate an extension and also retained the right to match any other offer.

But the company has decided against exercising either option.

A figure of £600m over 10 years has been discussed with the remaining bidders, which would dwarf the reported £31m a season Adidas pays to Real Madrid.

They have signed a number of sponsorship deals, including an agreement to rename their Carrington training ground.