The Los Angeles coroner’s office released the results of the autopsies conducted for Paul Walker and Roger Rodas Wednesday, finding that Walker died from the “combined effects of traumatic and thermal injuries,” while Rodas dies of multiple traumatic injuries.

Both deaths have been ruled an accident, while a toxicology report is still pending on both cases and is expected to be completed in six to eight weeks.

This is also the first time both Walker and Rodas have been formally identified as the two fatalities from the Santa Clarita accident Saturday. Walker and Rodas were both killed when the Porsche Carerra GT they were driving crashed into a pole.

According to the police report, the Porsche Carrera was already in flames when authorities arrived to the scene Saturday, and the victims were pronounced dead at the scene.

The cause of the accident is still under investigation.

On Monday night, Fast and Furious star Vin Diesel visited the site of his co-star and close friend’s fatal car accident, and also showed his appreciation for fans who have been showing up to mourn the 40-year-old star’s tragic death.

“I just wanted to say to all of you, if my brother was here right now and he saw all the love that you are bringing here, if he could see for himself that all of you have showed up to show my brother love, at this hard time … and the family gets to see all of you show the love that you’ve shown Paul, it’s going to stay with me forever,” he said. “I just wanted to say thank you. Thank you for coming down here, and showing that angel up in heaven how much you appreciated him.”

“Right now, all of us at Universal are dedicated to providing support to Paul’s immediate family and our extended Fast & Furious family of cast, crew and filmmakers. At this time we feel it is our responsibility to shut down production on Fast & Furious 7 for a period of time so we can assess all options available to move forward with the franchise,” the studio said in a statement Wednesday. “We are committed to keeping Fast & Furious fans informed, and we will provide further information to them when we have it. Until then, we know they join us in mourning the passing of our dear friend Paul Walker.”

Kyle Upham and his fianceé were browsing a jewelry store in Santa Barbara in 2004 — just before Kyle was deployed to Iraq for a second tour of duty — when a fellow shopper began to help them with their engagement ring purchase, CBS reports.

“I noticed there was someone else in there, but didn’t give it much thought, and we started looking at rings and whatnot, and he kept saying, ‘Go bigger’ and I kept saying, ‘No, look at the prices,’” Kristen Upham, who is now married to Kyle, says. Kyle began talking with the stranger and realized it was Paul Walker.

After Walker found out that Upham was about to be deployed, he took matters into his own hands. The couple left the store without the $9,000 ring, but a saleswoman called them and told them to come back. “One of the ladies came out holding a bag and just said, ‘Here’s your ring.’ I think both of our mouths dropped,” Kristen says.

The couple suspected that the gift was Walker’s doing, but the employees at the store wouldn’t reveal the gifter. When the jewelry store clerk told her story on CBS Monday, the Upham’s suspicions were confirmed. “It’s still to this day the most generous thing anyone has ever done for me,” Kristen says. 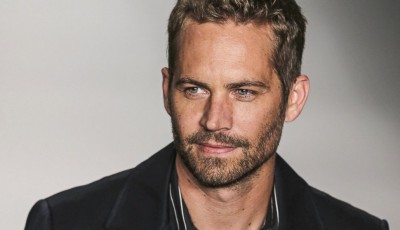 Paul Walker’s fatal car crash was due to high speed, not mechanical error