Tiny Clears Up The Divorce Rumours

By : supportanapuafm
Comment: Off
Tag: tiny clears up the divorce rumours 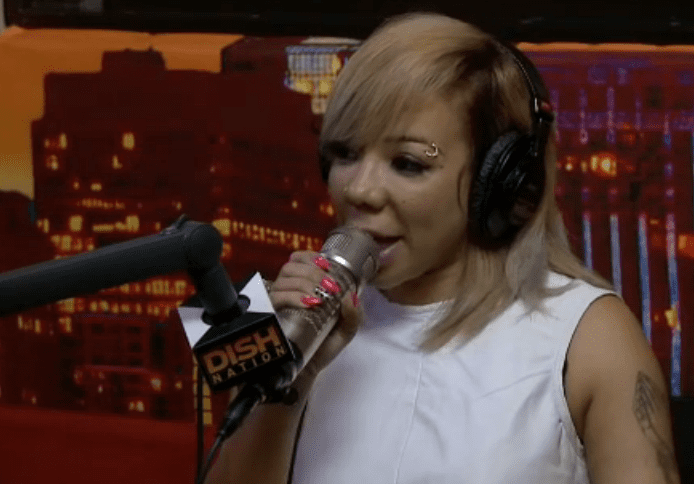 A lot have happened in the past months between T.I, Mayweather and Tiny. The latest of the love triangle drama was when Floyd Mayweather purports to have said he slept with Tiny at the press conference of his forthcoming fight between Maidana.

Both Mayweather and T.I have said all what they want to say, it now time for Tiny (Tameka Harris) to address the issue. The “What The F-ck You Gonna Do” songstress stopped by Dish Nation to address all the rumours, — Floyd Mayweather’s press conference comments and the state of a marriage.

On Mayweather claiming he slept with her during his press conference

He didn’t say that cause that never happened. He’s never been in a room with me by hisself. Anytime he’s been around me, it’s been people like this. So I couldn’t imagine him saying, ‘Yeah! I did that!’

It’s tough [being friends with Floyd]. If you ain’t doing nothing. It’s tough that you can’t be out and take a picture with somebody. If you hiding nothing, what is that you think I’m doing? I’m out here!

On the divorce rumours, she said:  “We are… we’re still together. We are working at it. We’re working hard”.

Below are clips from the interview.

I Once Despised Marriage, But Now I Want It – Actor

Premiering Tonight At The Silverbird Is ‘Unconditional Love’