The Syria peace conference has been more than a year in the making and now it is in disarray before it has even started, reports the BBC’s Kim Ghattas.

The UN move appeared to take American officials by surprise, she adds.

Russian Foreign Minister Sergei Lavrov has said the absence of Iran from the talks on the Syria crisis would be an “unforgivable mistake”, adding that he fully supported Mr Ban’s “responsible and principled” decision to invite Iran.

Preliminary talks are due to open in Montreux on Wednesday and then continue in Geneva two days later.

Meanwhile, Syrian President Bashar al-Assad told the AFP news agency there was a “good chance” he would run in a presidential election set for June.

In an interview with the agency he ruled out Syria’s main political opposition group, the National Coalition, obtaining any ministerial positions in a new government, calling this “totally unrealistic”.

The three-year conflict in Syria has claimed the lives of more than 100,000 people.

An estimated two million people have fled the country and some 6.5 million have been internally displaced.

“As I have said repeatedly, I believe strongly that Iran needs to be part of the solution to the Syrian crisis,” he added.

And Mr Ban stressed: “Let me be clear – Montreux is not a venue for negotiations. The Syrian parties themselves will begin that process in Geneva on 24 January.”

Shortly afterwards, Iran said it accepted the invitation. Tehran had earlier insisted it wanted to take part, but without preconditions.

There had been a dispute over whether Iran, a crucial ally of President Assad’s, should be taking part in the talks.

The UN and Russia had advocated a role for Tehran, but the US had reservations because of its failure to endorse the 2012 Geneva communique, detailing Syria’s political transition process.

Washington is also concerned about Iran’s deployment of military personnel in Syria, and its support of Lebanon’s Hezbollah movement, which had sent fighters to bolster Mr Assad’s forces.

In a tweet, coalition spokesman Louay Safi wrote: “The Syrian Coalition announces that they will withdraw their attendance in G2 unless Ban Ki-moon retracts Iran’s invitation.”

In a statement, the US state department said Washington viewed Mr Ban’s invitation “as conditioned on Iran’s explicit and public support for the full implementation of the Geneva communique”.

UK Foreign Secretary William Hague echoed those comments on Monday, saying it would be “very helpful” for Iran to publicly back a transitional government. 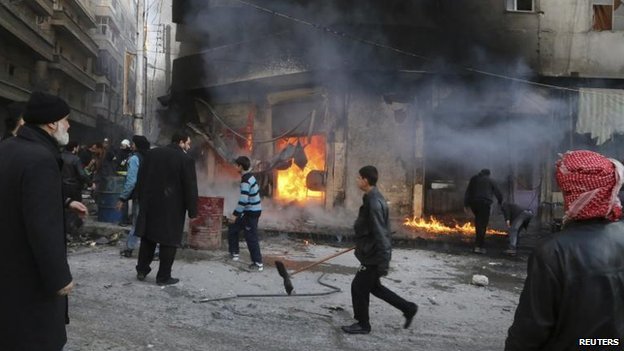 The National Coalition had only agreed to attend the talks two days ago.

Syrian opposition figures had earlier expressed reluctance to go to Switzerland unless President Assad was excluded from any future transitional government.

Damascus says there cannot be any pre-conditions for the talks.

Komla Dumor must be accorded a state funeral – GJA proposes