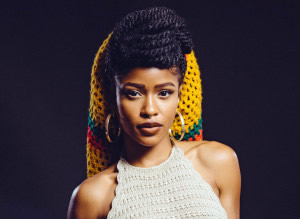 Battle, 25, gained notoriety through performances on the television show “X Factor.” Her five-member band — G.R.L., originally a reboot of the Pussycat Dolls — had been signed by mega-hit maker Dr. Luke.

Battle was found at home Friday, according to Los Angeles County Coroner’s Department Lt. David Smith. No further details were released. An autopsy was expected Sunday.

In a written statement, G.R.L.’s record companies RCA and Kemosabe called Battle an exceptional young talent and human being.

The group was featured on rapper Pitbull’s hit song “Wild Wild Love” earlier this year. Battle told The Associated Press in July that the collaboration gave the group a platform to launch its debut single, “Ugly Heart.”

Pitbull “has so many hits and he’s really done a great job … showing us the ropes,” Battle said. “This was the first time that we heard ourselves on the radio together.”