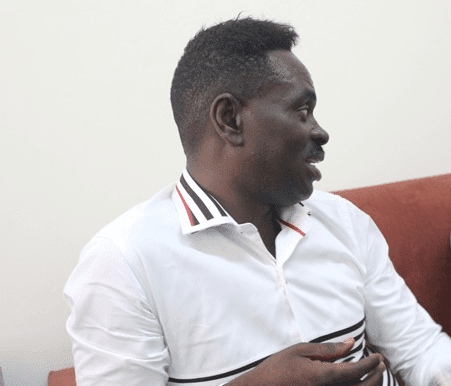 Veteran gospel musician, Yaw Sarpong, has slammed the current crop of gospel artistes for lack of inspirational lyrics in their songs.

According to the 52- year-old musician, most of the young gospel musicians do not pay attention to the words of their songs and are only happy to churn out danceable songs which are not spirit-filled.

“You hardly hear inspiring words in gospel songs lately and this is as a result of our new crop of gospel musicians not doing enough research and waiting on God to guide them as to what song to put out,” he told Showbiz in an interview on Monday.

The Wo Haw Ne Sen hitmaker also said the reason why music of some of the new gospel musicians lack good lyrics is because they do not consult with the seasoned ones.

“I had to learn from great people in the gospel fraternity before I started coming out songs and it is not surprising Ghanaians loved every album I came out with. “However, it is not so with the new crop of gospel musicians in recent times” he said.

Known for popular songs like Waye Awie, Esther, Judas, Yenka Nkyere Agya (Joseph) and Hawa, Yaw Sarpong who is ready with his 26th album titled The Nine said gospel musicians should work hard to up their game.

Talking about how he is helping other gospel musicians to do good music, Yaw Sarpong claims he has mentored more than seven great gospel musicians although his efforts has not been recognised yet.

Asked what he is up to since it seemed he has been missing in action, Yaw Sarpong who recently donated Gh¢10,000.00 and food items to the Korle-Bu Teaching Hospital said he has been busy playing at both social and private gatherings.

According to him, he intends to stage a peace concert towards a peaceful elections next year.

Explaining further, Yaw Sarpong who is being managed by Vineyard Gospel Productions said although he believes the elections will be out place if he comes.

Most Musicians Are On Hard Drugs – Pastor Lord Kenya.

This Actually Happens In Naija Clubs…(PHOTOS).