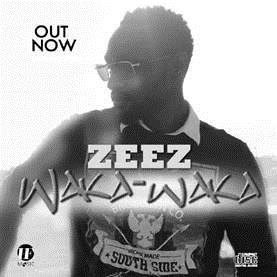 Award winning Nigerian artist, ZEEZ, has penetrated the South African market, receiving a great reception to his music. ZEEZ dropped his catchy Waka Waka track in South Africa toward the end of June 2014 and it has already been playlisted on numerous radio stations across the country. The video is currently airing on MTV Base and other local South African music shows.

“I’m glad to hear that my music is being well received in South Africa. South Africa is a great country. I recently shot the video for my latest track, Vanilla Boy Riddim, in Johannesburg, and I look forward to visiting South Africa again in a few weeks’ time” expresses ZEEZ.

So far, 2014 has been an exceptional year for ZEEZ. The year started off with him rebranding himself as simply ZEEZ, formerly DJ ZEEZ, and he already has three hot singles on high rotation in Nigeria and other African countries. ZEEZ has recently collaborated with Nigeria’s Olamide and Ghana’s Dancehall’s finest, Stonebwoy, and will be collaborating with one of South Africa’s biggest name in Hip Hop very soon.

“ZEEZ is a versatile, multi-talented music producer and recording artiste. Expect a lot of surprises from him this year. We can’t wait for the continent to see what he has to offer” shares Fahm, CEO of HF Music.

There’s no slowing down for ZEEZ and his fans can definitely expect more from him this year.

THUMP is proud to premiere “My Heart”

D Black Can’t Be On His Own