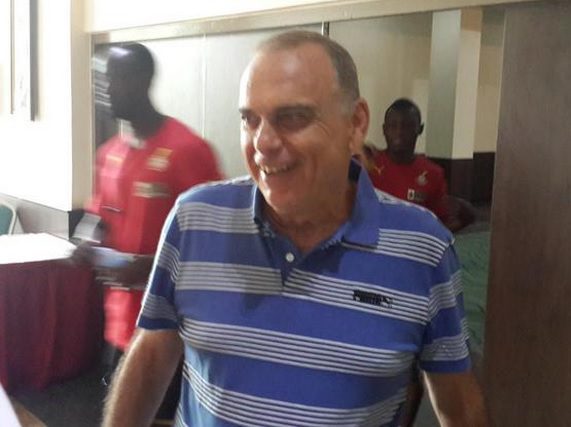 Avram Grant has reverted to wearing his favourite blue shirt as he takes charge of his first qualifying game since becoming coach of Ghana.

The 60-year-old became famous for his shirt during Ghana’s impressive campaign at the 2015 AFCON where he guided the Black Stars to a silver-medal feat.

A lot of news were made about Grant’s casual blue shirt during the tournament in Equatorial Guinea with many attributing Ghana’s impressive run to good luck emanating from the shirt.

But misfortune struck as Ghana lost to Cote d’Ivoire through a penalty shootout in the finals of the 2015 AFCON.

Grant relinquished the use of his favourite blue shirt after the 2015 AFCON in two friendly matches against Senegal and Mali – which Ghana failed to win.

The former Chelsea boss will be hoping the return of his blue shirt brings back the luck very much needed to see his side get their qualifying campaign against Mauritius on Sunday in Accra to a flying start.

Emotional Pain, How To Cope.

Sulley Muntari has appeared on the radar of Sampdoria.