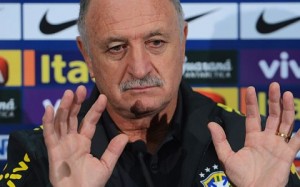 Luiz Felipe Scolari has refused to quit his post as Brazil coach before the World Cup is over, but admits he faces talks with the Brazilian Football Confederation (CBF) over his immediate future.

Scolari, 65, could only look on in horror as Germany racked up a 5-0 lead within half an hour of Tuesday’s semifinal at Estadio Mineirao, before going on to win 7-1, with the Selecao feeling the absence of influential duo Thiago Silva and Neymar.

Few if any of Brazil players emerged from the loss with any credit, and while Scolari — whose contract expires on July 13 — has accepted the blame for the host country’s exit from the competition, he insists he will not give up ahead of Saturday’s third-place playoff.

“I am not going to talk about my future until we finish our participation here, which is on Saturday. It makes no sense to discuss this now. After it’s over I will submit my report to the Brazilian Football Confederation and they will make a decision,” he told a news conference.

“This is nothing going through my head right now. I will continue with my life, the players will also continue to be winners and we must continue — you can not end the life of the players for it.

“History will have to record that Brazil, for the first time since 2002, reached the semifinals.”

Asked if Brazilian football will have to reinvent itself, Scolari said: “Why? Because we lost one match? 13 or 14 of those players out there will be at the 2018 World Cup.

“They’re working, developing still. I think you’ll see at least that many there in 2018.

“This is a catastrophic, terrible loss. The worst loss by a Brazilian national team ever, yes. But we have to learn to deal with that.”

He added: “We had a disaster in six minutes but it happened. Let’s work for Saturday’s game. If I could explain what happened in those six minutes I would answer but I do not know.

“The crash was also the coaching staff, the fans, it was overall, no one understood. And the team from Germany, which is good, took the opportunity.

“I cannot explain, I will not justify. An error occurred and this error was fatal.

“We can lose by one or two but we lost in a way that we had never done before in the history of Brazilian football. But the tournament was not all bad. We had a bad defeat.”

Scolari’s assistant Carlos Alberto Parreira, though, said this was now a time to re-examine Brazilian football after admitting Germany were far more advanced in all aspects of the game.

“They have numerous training centres for athletes, for coaches too, and the result was seen here,” he said.

“German football is the perfect base and we now have a chance to rethink, revise and invest in better training of athletes.

“We need to improve and focus on training athletes from the clubs and give full attention to it, provide good structure and train good professionals.”

CBF vice-president Delfim Peixoto, meanwhile, has called for Scolari’s immediate retirement, telling told ESPN.com.br: “Scolari was too stubborn, at all times. One thing I can assure you; Scolari will never return to the Brazilian national team. Never. A shame, a shame.

“And I’ll tell you more, Scolari should retire. He does not need money. He should get his things and say goodbye.” 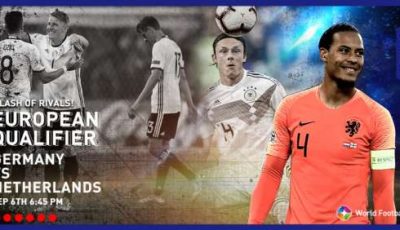 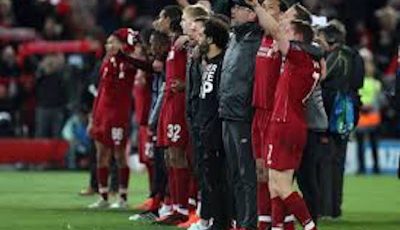 Andre Ayew: “I Remember The Red Coat My Father Wore In 1992 AFCON Final”