By : supportanapuafm
Comment: Off
Tag: rate in children under estimate, TB 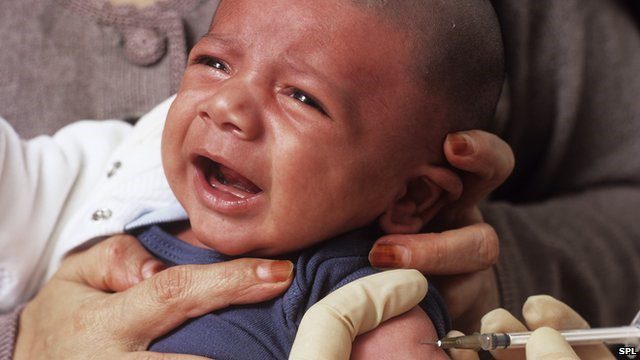 The figure stands almost 25% higher than current predictions made by the World Health Organization.

Scientists say health officials may be missing an “enormous opportunity” to prevent the disease from spreading.

The World Health Organization plans to revise its estimates in its next report.

Tuberculosis (TB) in children can be difficult to detect – younger people harbour fewer bacteria than adults and it is more challenging to collect samples from them.

The World Health Organization put together the first international estimates in children in 2012, predicting some 530,000 cases that year.

But researchers say these figures – which rely on reports of cases to national authorities – do not give the full picture as the quality of surveillance varies across the globe.

And scientists say some cases will be missed as a perception persists that children are not infectious and present a less pressing problem than adults.

Responding to the WHO’s call for alternative approaches to the problem, the team from the University of Sheffield, Imperial College London, and the Global Alliance for TB Drug Development created a mathematical model, focusing on data from adults with the disease.

Taking into account the natural behaviour of the bacteria and the rates of adult TB in households and communities in 22 countries with the highest levels of disease, they were able to estimate how many children have tuberculosis.

They suggest some 15 million children currently live in the same household as an adult with infectious TB.

And nearly 53 million children have inactive TB – a form of the disease which can progress to the infectious, active type at any time.

These estimates indicate nearly two-thirds of the cases of active TB may be missed every year.

Dr Peter Dodd of the University of Sheffield and lead author of the research, said: “Children are an often ignored but important part of TB control efforts.

“Our findings highlight an enormous opportunity for preventative antibiotic treatment among children who are living in the same household as an adult with infectious TB.

“Wider use of preventative treatment would probably substantially reduce the numbers of children who develop the disease.”

Dr Ruth McNerney from the London School of Hygiene and Tropical Medicine who was not involved in the research says: “We know children develop and die from TB but we do not know how many.

“Solving this problem is very important – treating children appropriately when they are exposed to the disease may help prevent the disease from reappearing in later life.”

Andrea Cruz and Jeffrey Starke from the Baylor College of Medicine, USA, who were not involved in the research but contributed to a related article in the journal said: “These findings show that what often has been taken as truth – that control of TB in adults will inevitably result in improved tuberculosis control for children – is fallacious as a stand-alone control strategy.”v