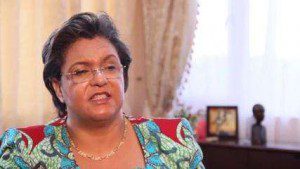 Parliament’s Select Committee on Foreign Affairs has observed that Foreign exchange fluctuations are affecting the management and administration of foreign missions abroad.

The committee noted with concern that rapid depreciation of the Ghana Cedi affected the expenditure projections of the Ministry’s budget.

It said the fluctuations were affecting payments to creditors of the countries missions abroad and added that the situation often occasioned other costs including payments of legal fees.

The committee made this observation when it presented its report on the 2016 budget estimates of the Ministry of Foreign Affairs to the House on Friday for approval.

The House approved the sum of Ghc300 million for the ministry and its various departments and agencies to carry out its activities next year.

The committee noted with concern that as foreign exchange was required to finance some items on the recurrent expenditure section of the ministry’s budget, it was imperative to adopt a flexible exchange regime to guide disbursements to the ministry.

“The current fixed exchange rate regime does not auger well for some aspects of the operations of the ministry, notably payment of emoluments of staff of missions abroad and the general transfer to missions to cater for goods and services as well as their capital expenditure,” it said.

It said the ministry’s 2015 budget was prepared with an assumption that the exchange rate of the cedi to dollar would average GH3.8 to a dollar and added that “nonetheless the cedi lost value and was trading at GH4.0 to USD1$ and above the greater part of the year”.

The report said the depreciation of the cedi adversely affected international transactions including the purchase of some goods and services as well as salaries of staff of missions.

“This affected the procurement of goods and services and the operation of missions abroad,” the report said.

The committee recommended the timely release of funds to promote the efficient management of resources and to obviate the resort by the ministry to hire-purchase practices which were rather costly.

The House also approved an amount of GH293 million for the Ministry of Communications and its various departments and agencies to carry out their activities for the 2016 financial year.

Muslims and Christian Pupils Get Scholarships From Sky High.

On Matchweek 17: Guide for All Clubs in Premier League Teams.