Did Rihanna break FIFA protocol by touching the World Cup?

The party-hard singer took her celebration with the 2014 FIFA World Cup winning team Germany a step too far after touching the World Cup reserved only for winners, FIFA accredited representatives and heads of states.

Apparently clueless of this regulation, Rihanna announced the blunder on twitter ‘They brought me the cup!!! I love these guys!!! Congratulations!!!!’ 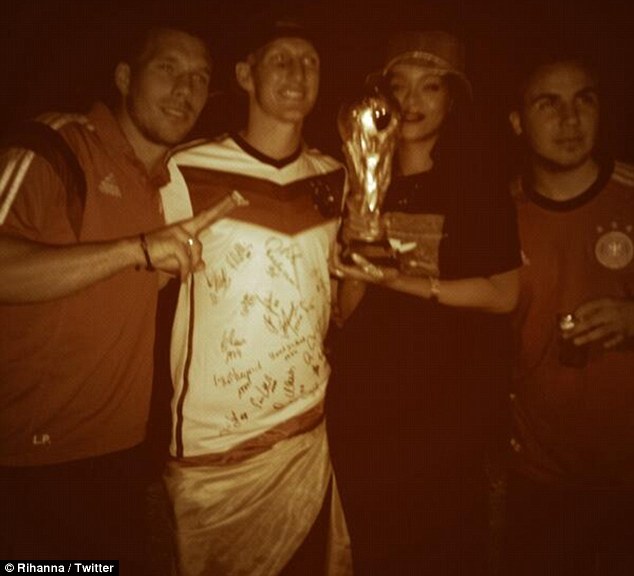 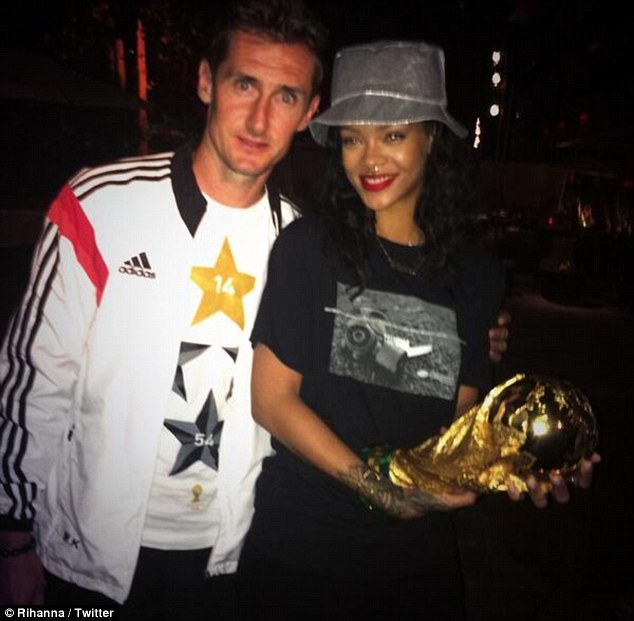 The  ecstatic German team,  did not mind celebrating with their new fan and did not hesitate to take pictures with the 26-year old singer.

She held the Cup and was pictured in the center  with two kisses being ‘administered’ by Podolski and Schweinsteiger.

She has since changes her profile picture on  twitter to refelct her new found love – German national team. 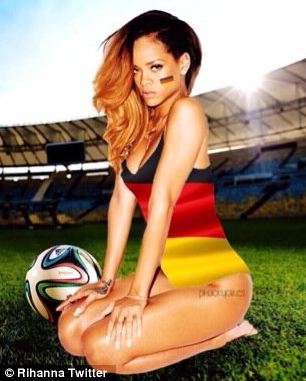 Photos: Germany: Behind every succesful team, there are WAGS