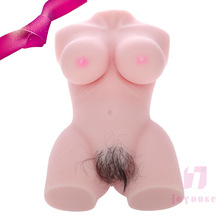 â€œThe reason you want to stop this is because of what you think it is. If you were in the habit of playing football, you probably would not ask us â€˜how can I stop playing football?â€™

There are many Christians who think it is a sin against God and Satan uses this against them, oppressing their minds and making them feel ineffective and inefficient in the things of God.

â€œBut when you get to understand that it has nothing to do with God and that it is all about you and your own body, then Satan loses his power to use it to accuse you.