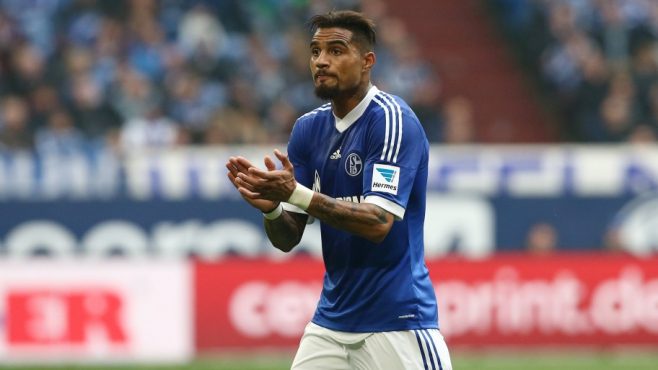 Kevin-Prince Boateng was an unused substitute as Schalke clobbered Hoffenheim 3-1 at the Veltins-Arena in the Bundesliga on Saturday.

The Ghana international seems to have paid for his lame performance last week against Borussia Dortmund as they lost 3-0 on the road.

Boateng had to be replaced by Tranquillo Barnetta after 64 minutes in the match many thought he flopped.

The German born player, who turned 28 on Friday, has played 13 league matches but yet to score this season.

Reports are rife he would be sold during the summer transfer but Schalke’s General Manager Horst Heldt has diffused those rumours.