By : supportanapuafm
Comment: Off
Tag: an actress, an european tour for nadias birthday celebration, and jim ike an actor, in love with eachother, nadia buari, they announce their relationship 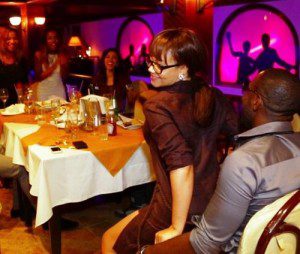 Love brings two minds together to share in a collective bliss.
When Jim Iyke and Nadia Buari openly announced their relationship, many didn’t initially believe it much less that it would actually work. But they have stood there own and navigated the path of where their love takes them.

Jim later proposed to Nadia with an engagement ring when they made a European tour for Nadia’s birthday celebration, and fought had to retain their love even when the recent allegations that he had gone to visit his former girlfriend surfaced recently. He has demonstrated at every level that he loves Nadia and in it for the long haul.

It’s simply a love nest for the two stars as Jim Iyke shared this picture of himself getting a sultry lap dance from Nadia.

K.T. Hammond to Asa B, others: stop wasting everybody’s time

Nadia Buari Gets A Kiss From One Of Her Twins…