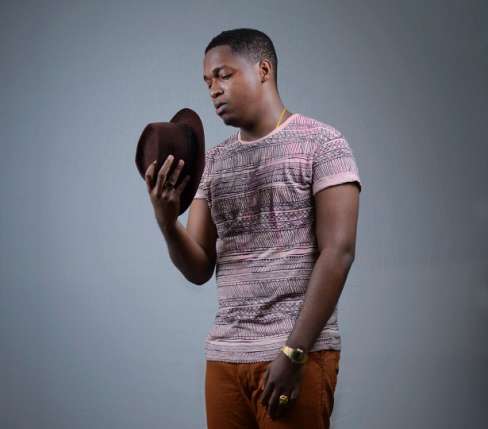 Before 2015 ends, ‘Rap Docta’ Okyeame Kwame has something to say about BBnZ Live act Kojo Cue.

The 39-year-old rap artiste made this revelation on Monday, December 28 on his Twitter page.

Born Kennedy Linford Amankwaa, Ko-Jo Cue is a Kumasi based Hip-hop artiste. He was exposed to rap music at age 9 when his cousin introduced him to the first album by Hiplife artist Obrafour. He started taking music seriously in Senior High school when started occasionally recording demos at a friend’s studio.

In January 2010, Ko-Jo Cue released projects “N.A.T.H.A.N”, “N.O.N.A” and “Now And Forever” , which attracted the attention of the online community on Facebook as well as the major Ghanaian blogs and websites.

In January 2011, Ko-Jo Cue earned a spot as one of Kumasi’s top 5 rappers. He performed at the maiden edition of the Asabaako Music Festival alongside Yaa Pono, Wanlov andKay-Ara. He was also brought on-stage by Flowking Stone at a Vodafone street carnival in Asokwa-Kumasi.

In March 2012, he released the single; “Winning”, earning over 10,000 downloads in a week. In June 2012, he released his first ever visual for the single titled ‘The Flood’. The video was directed by Jeneral Jay and received rotation on various national television stations eventually landing on Channel O.

In October 2012, he released another single titled “Lie Ben” which featured Asem to commercial acclaim.

Ko-Jo Cue signed to Ghana’s biggest record label, BBnZ Live in 2014, released the critically acclaimed mixtape – “The Shining” , which was led by the hit single “Lowkey” featuring E.L. He recently released a video for his new single- Lavender, which is currently topping charts nationwide.

I Want To Build A Church And Mosque Before I Die – Shatta Wale.