Photographer marries his own client at her own wedding

By : supportanapuafm
Comment: Off
Tag: photographer marries his own client at her own wedding 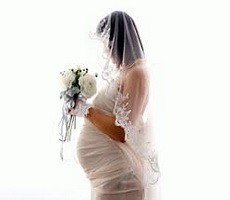 Photographer Jason Cole has been behind the camera at almost 1,400 weddings, but there is one he will never forget – the one where he met his future wife.

The only snag was she was the bride.

The 44-year-old, from Woollongong, south of Sydney, first met Julie Bridges, 28, in 2009 when he sat down with her and her husband-to-be for a consultation before their nuptials the following year.

During the build up to the ceremony, Mr Cole said he got on well with both parties, insisting there were no sparks when they first met.

‘I actually thought Jason was gay at first because when we went into the consultation, there was a lot of pink and a lot of fluffy dogs and then he introduced his partner, Craig,’ Mrs Cole told MailOnline.

Mr Cole said he treated Julie the same way he treated all his clients.

‘When we first met we got along – I get along with all my customers – I’m a people person,’ he said.

‘I helped Julie a lot with the planning. Then after the wedding, we used to talk a lot and we had a real connection.’

They stayed in touch after Julie tied the knot with Paul – a chef whose full name they were reluctant to disclose.

‘Towards the end of that relationship, we got a lot closer.’

‘But I was married about 10 years ago and I know when [a marriage breaks up] sometimes you need a bit of space.’

The couple are adamant nothing happened between them until April 2012, after Julie’s marriage to Paul had ended.

Mr and Mrs Cole shared their first kiss the day after Anzac Day and married on June 7 this year at Wentworth Falls in the Blue Mountains.

‘I messaged him and said I wanted to come over and watch movies,’ Mrs Cole said of their hook-up two years ago.

‘He said he was sick and I said: “That’s OK, I’ll take a hint” because I didn’t think he liked me.

‘But then he said “Come over”, and he really was sick.

‘Then we had our first kiss, I was really shy about it.’

Fresh from their honeymoon, the couple said they couldn’t believe how much media attention their story had attracted.

‘If I had never got married, I would have never met Jason.

‘Everybody laughs at our story and think it’s sweet.

‘But we don’t even think about it anymore – it’s just normal for us.’