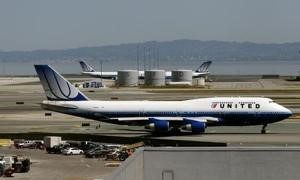 United Airlines said on Monday it plans to outsource more than 630 jobs at 12 U.S. airports in a cost-saving move.

Affected positions include ticket and gate agents and baggage handlers at U.S. airports, including Salt Lake City; Charlotte, North Carolina; Pensacola, Florida; Detroit and Des Moines, Iowa, the company said. United Airlines would shift these jobs from its payroll and hire other companies to provide the employees, under the outsourcing plan.

“This is a difficult decision, but we need to ensure that our costs are competitive,” United spokeswoman Christen David said on Monday.

About 637 workers could be affected by the outsourcing moves, the carrier added.

United Continental , formed by the 2010 merger of United and Continental Airlines, has been taking a number of cost-cutting moves to improve earnings and reduce debt. Earlier this year, it announced the closure of its hub at the airport in Cleveland.

The carrier also said it will bring in-house 365 customer service jobs at its Denver and Washington Dulles airport hubs as well as in Honolulu. United added it has hired 44 ramp workers at its Phoenix operations.

Photographer marries his own client at her own wedding