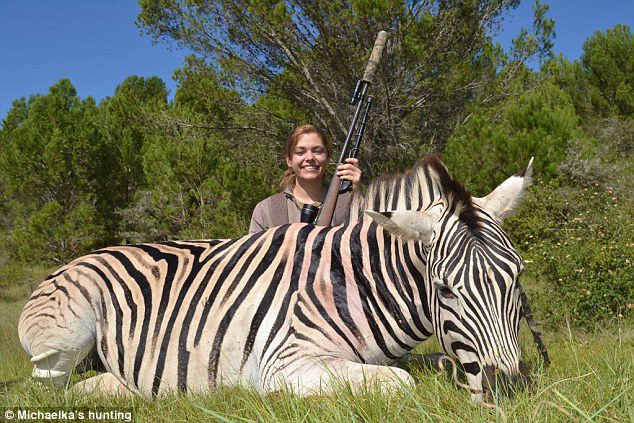 Michaela Fialova, who was criticised after posting sickening selfies with her big game trophies on Facebook, has ignored calls for her to stop – and uploaded a video showing how to cook zebra 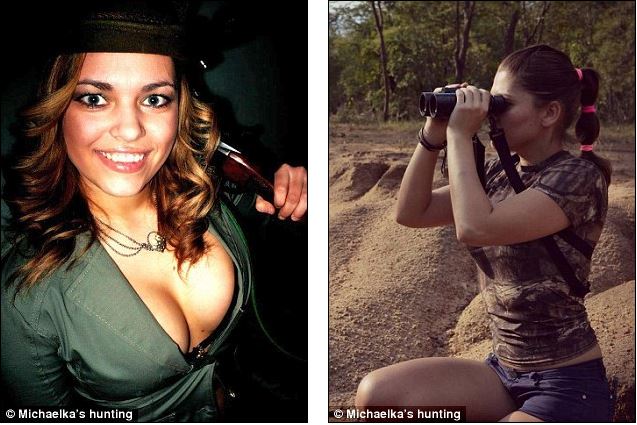 The 27-year-old personal trainer, who has been hunting since she was 13 years old, regularly updates her fans on the social media site

The criticism against the big game hunter comes off a series of previous complaints against Fialova who has been singled out for her ‘sickening selfies’ and pleas to stop. 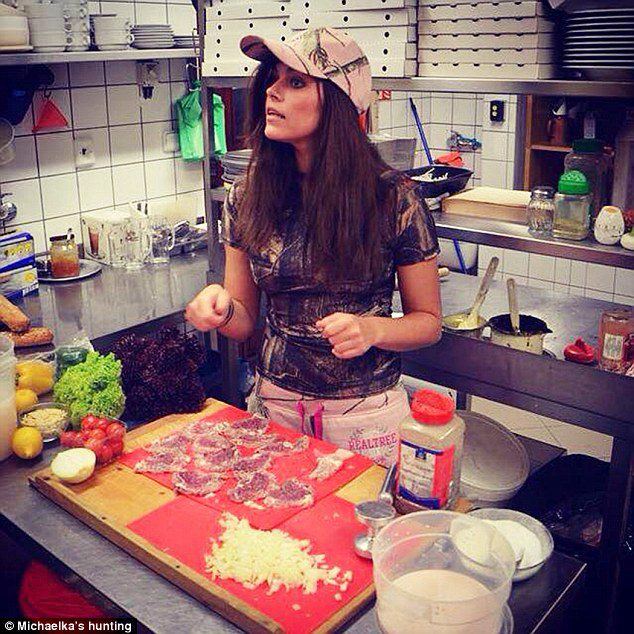 A frequent traveler, the hunter relishes to the dismay of animal rights activists the posting of images on her Facebook account (Michaelka’s hunting) showing off with wild animals she has killed.

So reviled has the woman become previous campaigns against her have included demands to have her barred from Facebook along with being forbidden from entering Africa.

Told the organizer of one attempt to have the woman banned from Africa, Alice Harding from Dartmouth, England: ‘It’s repulsive to glorify trophy hunting and sadistic practices such as bow hunting and posing with dead bodies of animals as if hunting is an appealing and desirable thing to do.

‘Killing animals for fun is just plain wrong and must be stopped.’

That though seems to matter little to the sexy Czech hunter who has this time uploaded new images of her killing giraffe and zebra, including a manual of how to cook the wild beasts.

Responded the sexy hunter during one posting: ‘Hey antis, do you really think this will stop me? I WILL NEVER STOP HUNTING.’

And in a video posted at the beginning of March, she explained: ‘The difference between this meat and your meat is your meat is usually from slaughterhouses.

‘The animal has a right to live a proper life and until its end it doesn’t know about being hunted’ (sic).

Whilst not hunting wild game, Fialova spends the rest of her time working as a personal trainer, kick boxer and guide for other hunters in Africa and Europe.