The recent comment by Ghanaian musician, Mzbel, about not believing in Jesus Christ has generated a lot of talks in the country.

In an interview with Graphic Showbiz which was published yesterday, Mzbel said Stacy Amoteng, host of Restoration with Stacy, hosted her on the show in order to get ratings for the show. According to Mzbel, she asked Stacy to edit her Jesus Christ comments before airing the interview. However, Stacy failed to do so because she knew that would attract people’s attention to watch the show.

Contrary to what Mzbel said, Quophi Okyeame, husband of Stacy and a one-time member of the music group – Akyeame, says Mzbel is just creating controversies as a way of publicity to promote her new single. He made this assertion on Channel R’s 205 this morning.

Answering the question whether the production team called Mzbel to appear on the show or not, Quophi said Stacy never called the ’16 years’ hit maker. Rather, it was Mzbel who telephoned Stacy and asked her (Stacy) to put her on the show.

Quophi further stated that he was the one who wrote the question (whether Mzbel believes in Jesus or not) for Stacy. “As the director, I monitor the conversations and write follow-up questions. When a person says he believes in the Old Testament but not the New Testament, the next question that any normal human being would therefore ask is: Do you believe in Jesus Christ? and that was what happened,”  he stated.

Commenting on the issue of editing, Quophi Okyeame made it clear that there was no point in time where Mzbel requested that her comments about Jesus Christ should be edited before airing the interview. According to him, Mzbel’s manager, Nana Yaw Wiredu, who was present at the time of filming the interview, was the one who told him to edit that part. However, they did not edit it because Mzbel objected to what her manager said, saying the production team should ignore her manager’s comments and go ahead with it. 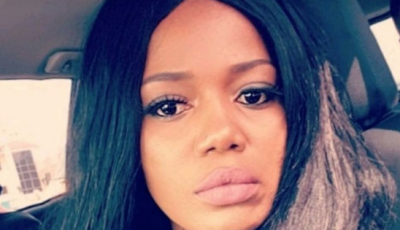 MzBel rips Starr FM for misquoting her after interview