The Honest Opinion About Ibu Was The Truth

By : supportanapuafm
Comment: Off
Tag: the honest opinion about ibu was the truth 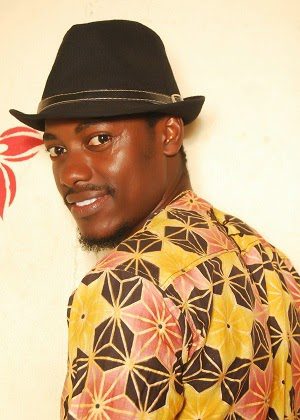 This was the subject of an email sent to me by elder in nollywood. I have received many emails and calls after the last article of “My Honest Opinion” was published (I must admit I enjoyed the attention, I didn’t know I had such readership). One comment I saw on a blog really made sense to me. It read “I don’t support ibu in anyway; I think he deserves it but I did not expect you to serve him. It was too condescending. I found it quite unlike you stronghold”. I feel the angle from which that fellow is coming from. I remember writing that article with a pen I have only used twice. I call it the “angry pen” and before I say why I used it, let me say to all those that follow My Honest Opinion. I WON’T BE USING THAT PEN ANYTIME SOON. I respect your opinions. Let’s move on.
Why I used that pen? I have an incurable revulsion for the hate a brother shows to his brother. The bulk of our people have a way of hating one another for petty and selfish reasons. We hardly ever celebrate our own. We don’t even believe in ourselves. We have not learnt much from history and it is very sad. The bulk of our people are so suspicious of their leaders and will never stop to encourage them. Most of our people have an uncanny grace to find faults in everything their leaders do, simply because he/she thinks he can do it better. If you truly think you have better ideas why not bring them to the table? Do you have to be president to bring good ideas or are you merely seeking glory.

John Okafor is one actor with many fans and has contributed to the growth of the comedy sector of nollywood. That’s why I find it very hard to forgive his shallow comments. At that level he ought to be seen as a uniting force not inciting members and the general public against the leadership of the guild, it is a highly irresponsible thing to do. Respectable men and women are working tirelessly in the various guilds and association in nollywood and the thank you they get is an “ibuish tantrum”? It has never happened in the history of nollywood that a handsome number of filmmakers were sponsored for training in respected institutions outside the shores of Nigeria. I had hardly finished writing the infamous stinker when lists of 32 filmmakers were shortlisted for film grants, yet nothing is happening in nollywood and nollywood is giving John okafor headache. The actors guild of Nigeria have been homeless since inception and a woman had enough gusto to chase a dream like a lunatic and got it. As much as it would be convenient to say we should “leave it for God” I think we should take up some things by ourselves and shut up some people.

For those that know me, I have a penchant for playing the role of the devil’s advocate. I love to speak those truths people shy away from. If Ms.Ibinabo Fiberesima has done well particularly in the area of policy, administration, welfare and health scheme I think the beneficiaries ought to speak up. They ought to be the ones speaking for her and after the infamous stinker from the stables of “angry pen productions”, they spoke out. Hear what some of them said had to say:

Tony Akposheri: Don’t mind them. She has touched the life of veterans in a special way. She has touched my life and we will support her. I wholly endorse her.
Charles Inojie: Ibu can easily be forgiven because his statements clearly show that he is completely detached from the realities on ground.
Lancelot odua immasuen: Well let them talk… its baseless… if everybody says you’ve done well then you have done well. I endorse you full time

Segun Arinze: Na ignorance dey worry all of dem. Please Just focus on your work and do not be distracted.
Sonny Mcdon w: Ibu is misguided. He should come to his senses.
Also I perceived the real motive behind John okafor’s criticisms as well as Clarion Chukwurah’s are mainly selfish. They were not invited to go see President Goodluck Jonathan when the Actors Guild of Nigeria paid him a courtesy visit and they assumed some monies was shared and nothing got to them.
I think a section of the press have not dealt well with nollywood. Balanced reportage is not necessarily publishing every side of any story. It is more of finding out the true side of the story without taking sides. We must always have at heart the utmost good of nollywood and guard it jealously which means not publishing stories that with bring disunity. But what the heck, those negative stories pull in traffic so stronghold should suck it up.

Lastly, my honest opinion will always have a strong punch to it. It is the opinion of a man that believes nollywood is the best thing that has happened to Nigeria since independence, consequently it is bound to be hard and frontal most times. If you practice in the creative industry, you will have inkling to how difficult it is to deal with the message and avoid the messenger. I want to say thank you to all the elders that called me and talked to me truthfully on this matter. It is my honest opinion that we all must learn to rally round our leaders and support them, not just in nollywood but in the bigger Nigeria. We must come close and participate in our collective affairs. That way when we criticize it will be constructive and help us all. To John Okafor and veteran actress Clarion Chukwurah, I want to appreciate your concern for the guild. It is a good thing, only that you allowed selfish interest , ambition and hearsay propel you towards the wrong direction. Keep in mind that the guild is attractive now because some people have been working day and night else you will have nothing to criticize. Please come closer. Nollywood is moving forward and I honestly hope you get on that train. God bless all readers of My Honest Opinion.