Top Nigerian celebrity endorsements and their worth.

By : supportanapuafm
Comment: Off
Tag: endorsement and their worth, Genevieve Nnaji

\
Endorsements from various corporate bodies have become a major source of revenue for top entertainment celebrities. Musicians, comedians and Nollywood stars now smile to the banks on account of what they get paid by these blue chip companies. These endorsement deals are usually worth multi millions of naira and our celebrities are laughing all the way to the bank. We highlight celebrities with the most endorsements and how much they’re worth.

Funke Akindele shot into prominence with the release of her smash hit movie Jenifa where she made over #60 million. Since then, she has become the queen of endorsements with numerous brands using her to advertise their products. Her endorsements include Vitafoam where she got #20 million. Telecoms giant Globacom, Jobberman.com, Qlichy.com, Klin detergent, Lagos Inland Revenue Service and Nigeria’s premier detergent, OMO are among those paying the actress mouth-watering money to represent them in our capacity or the other.

Don Jazzy has become a very wealthy man, even making Forbes List as the richest artiste in Nigeria. The CEO of Mavin Records isn’t only making money from his star-studded record label, he also has very lucrative endorsement deals including one with Loya Milk where he got nothing less than #50 million. His #25 million deal with MTN, and his mouth-watering endorsement with Samsung Africa rake in millions of naira. 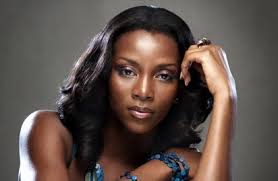 Genevieve Nnaji is one of the richest actresses in Nollywood and she achieved the feat not only by starring in high budget films but also by promoting several blue chip brands. Some of the brands she is representing or has represented include Lux, Cintrion Energy drink, Range Rover Evogue, Etisalat, Polo and Amstel Malta. The Etisalat deal alone earned her N100 million.The Polo deal is put in the region of N70 while the Cintrion drink rakes in N50 million for the actress.

His deal with Telecommunications network MTN is worth #45 million. Wizkid also has endorsement deal with Pepsi worth about $350,000. He has another endorsement deal with Guinness. No wonder the Jaiye Jaiye crooner could afford to replace his crashed 25 million naira Porsche Panamera with a brand new one just two weeks after.

Omawumi shot into limelight after becoming 1st runner up at the 2007 West African Idols. She is now one of the highest paid female artistes charging up to 5 million naira per show. She is also one of the singers with the highest number of endorsement deals. Glo deal is said to worth N25 million. Others include including Konga worth between 5 – 10 million naira, Mortein and Malta Guinness.

Apart from her very successful music career the First Lady of Mavin Records, also has a number of juicy endorsement deals worth several millions of naira. Her MTN deal is reportedly worth N30 million. Other deals include contracts with Pepsi, Forte Oil and Maggi. Aye crooner Davido has deals with MTN Pulse and Guinness Nigeria. While the Guinness deal hasn’t been declared his MTN contract is reported to have made the Omo Baba Olowo N30 million richer.

R & B Singer Banky Wellington popularly known as Banky W is smiling to the bank with his jaw-dropping N100 million endorsement deal with Samsung mobile as well as his endorsement with MTN.

Kate Henshaw also has an endorsement with Samsung as the Face of Samsung Mobile. She has other multimillion naira endorsements like Face of Blessing Perfume and Face of Onga.

Veteran Nollywood Actor Mr Ibu has been entertaining movie lovers for a very long time. Just recently, he got two very lucrative endorsement deals, one as an ambassador for Sports Betting Company MerryBet and another one as brand ambassador for GoTv. Dbanj’s deal with Glo is said to be in the region of N100 million while Psquare’s deal with same outfit goes for N140 million. Just few months after Mike Ezuronye was dropped as Glo Ambassador, he ported to Airtel in a very lucrative endorsement deal running into millions.

Flavour has become one of the most sought after Nigerian artistes and charges nothing less than 4.5 million – 5 million naira (25-30,873.75) or shows in Nigeria and #8 million naira to perform at international events. He has multimillion naira endorsements with well known brands such as Globacom, Harp and Onga seasoning.

I have no problem with people playing my old songs – Ofori Amposah.

Genevieve Nnaji Turns Me On – Actress.