You will be cursed if you take “payola” without playing gospel songs – Nacy.

By : supportanapuafm
Comment: Off
Tag: 'Gospel' musician, nacy, Nana Osei, sound engineer and the leader of No Tribe 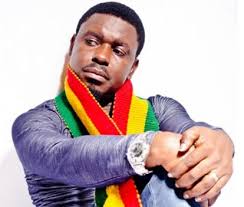 Gospel Musician, sound engineer and the leader of No Tribe, Nana Osei, known in the music scene as Nacy, has warned that radio DJs and presenters stand the risk of attracting curses if they fail to play songs they have received
money to promote.

The musician, who some days ago revealed his intention to embark on a solo musical career, said this in an interview with Mike 2 on Adom Entertainment Hall Show on Adom FM.

“If you know you are a presenter or a DJ and ha s taken a musician’s money to play his or her song and you are not playing, just return the money or receive a curse. As the person worries over his songs not being played, then he/she indirectly invokes curses on you,” he warned.

He maintained that several potential hit songs had been ‘killed’ by some presenters as a result of their inability to play the songs.

“How can you refuse to play a song you have taken big money for?” he asked. To this end, he urged all offending
DJs and presenters to return monies to their victims or offer sincere apologies to avert any future curse.

VIDEO: I Wasn’t A Virgin When I Got Married, Joyce Blessing Confesses.